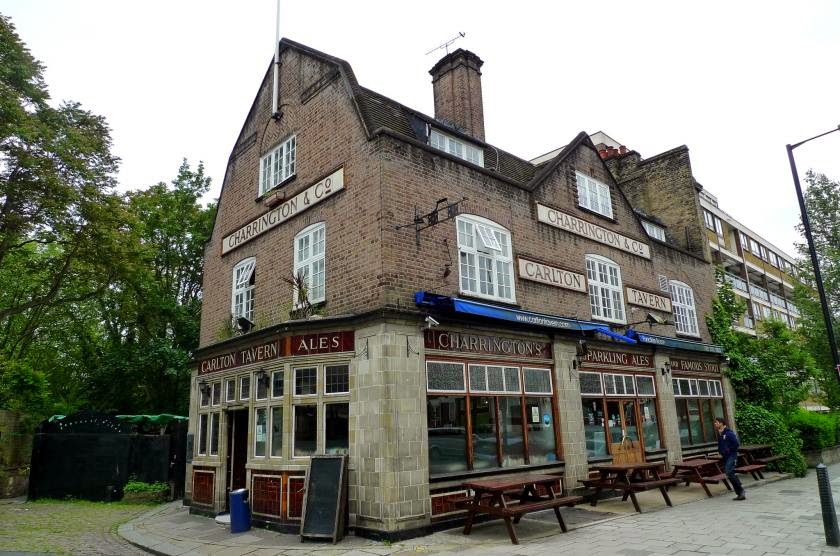 Image: Ewan Munro via Flickr
Earlier this month we ran a story on the Carlton Tavern, a much-loved local pub in Kilburn which was demolished without warning, or, in fact, permission. The owners, CLTX, had bought the pub only to find that Westminster council would not approve its plan to replace it with a new block of flats; and, with the threat that the pub could soon be listed looming, it decided to take matters into its own hands.  Many people were, quite rightly, outraged by this, and a popular response was that CLTX should be forced to rebuild the pub to atone for its flagrant disregard for council permissions and common human decency: 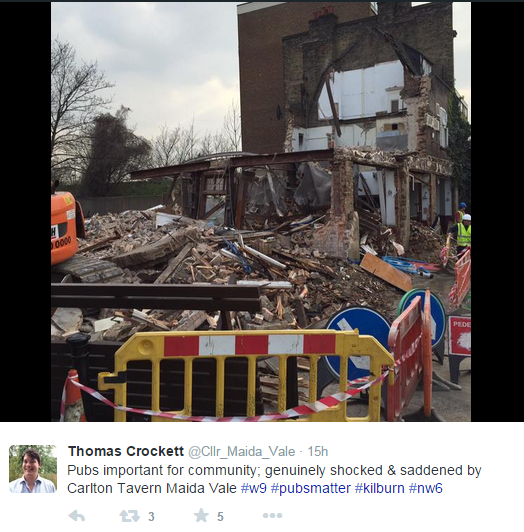 Well, we're delighted to report that Westminster council seems to have taken your feedback on board. From today's Evening Standard:
The owners of a historic London pub who triggered outrage by demolishing it without permission are to be ordered to rebuild it brick by brick. Council chiefs will next week issue an unprecedented enforcement notice to the firm that owns the Carlton Tavern in Maida Vale requiring it to “recreate in facsimile the building as it stood immediately prior to its demolition”.
cf. http://www.citymetric.com/business/developer-who-demolished-kilburn-pub-without-permission-ordered-rebuild-it-brick-brick-990
Posted by Carter W. Jeffery at 1:12 PM 2 comments:

I met Orlo Jones thirty years ago this winter as I researched the various branches of my family.  Back then the genealogy department was located in Beaconsfield House.   Every Wednesday evening I would go and do my research - she was a great help to me!  Later that winter Orlo had to take time off due to illness - Arnold Smith, who volunteered there, stepped in to help and it was during one of those Wednesday evenings I met him - eventually learning we were fourth cousins - it's a small Island!!!  My passion for genealogy and Island history has been fostered by these two great Islanders and historians!
Below is one of my favourite photos - Arnold and Orlo at Ardgowan Garden Party, July 2000. 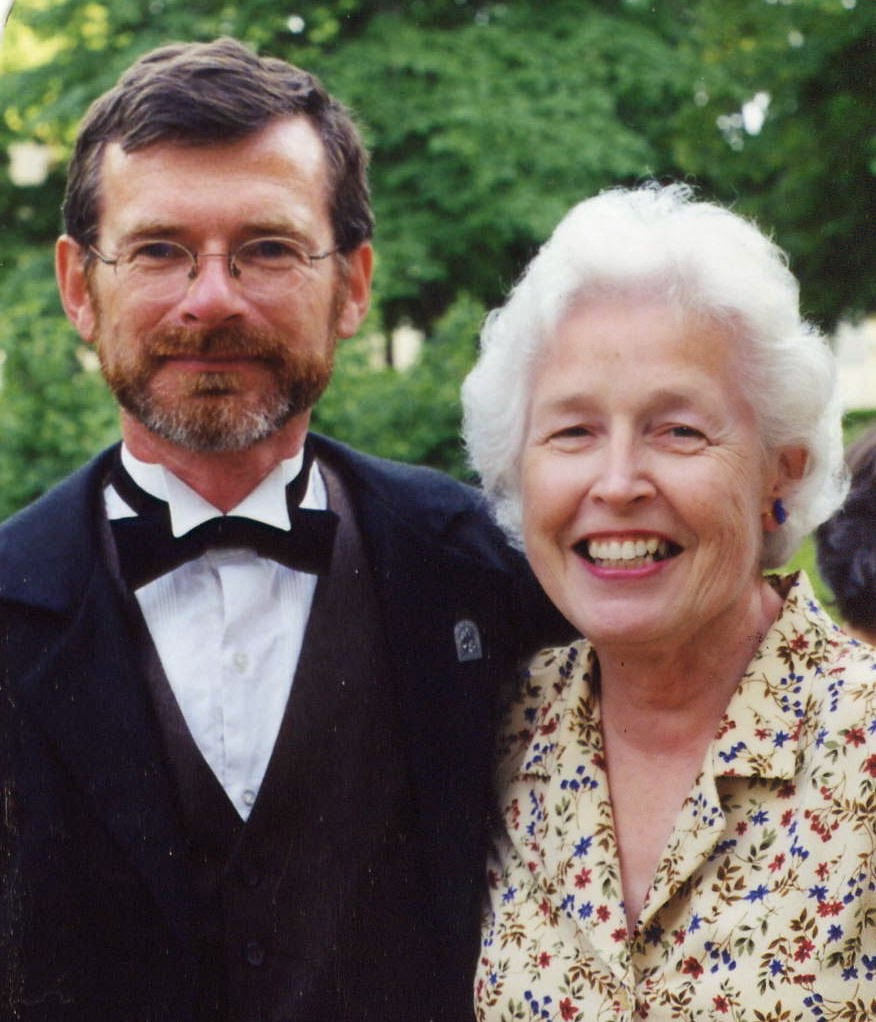 Recently Orlo passed away - the following is tribute by Ian Scott which appeared in the Guardian newspaper on March 14, 2015.
The Orlo Jones Awards mentioned below was established many, many years ago by Arnold Smith in honour of Orlo.

Genealogist left huge mark
Letters to the Editor (The Guardian) Published on March 14, 2015
http://www.theguardian.pe.ca/Opinion/Letter-to-editor/2015-03-14/article-4077218/Genealogist-left-huge-mark/1
The recent passing of Orlo Jones reminded me of her many contributions to the Island. Some readers will recall her regular column in this paper on genealogy several decades ago. During the 1980s I had the pleasure of working with Orlo during her time as professional genealogist for the Museum and Heritage Foundation at Beaconsfield.
She led an effort supported by volunteers to index (alphabetically on index cards) every written record of genealogical importance in the province. The Master Name Index continued after her retirement and is now over a million records strong; having moved to the Provincial Archives it remains a major guide to locating information for P.E.I. family history research.
During the pre-internet era, Orlo responded to the inquiries from across the continent providing genealogical research as well as assisting those able to access the growing resources in person. Many would arrive here after having corresponded for several years with Orlo, often in awe of her abilities and knowledge.
Some of these individuals had lost any connection to their Island roots two or three generations ago and were amazed that she could put them in touch with a local cousin or two with a just a phone call. Quick to realize that few standards for researchers existed she led the way along with Dr. Terry Punch from N.S. and others in the region in establishing certification standards for the profession.
It is quite fitting that the highest award that can be granted to a genealogist by the P.E.I. Genealogical Society remains the Orlo Jones Award.
Ian Scott, Charlottetown
Posted by Carter W. Jeffery at 12:42 PM No comments: