Those of us wishing to see Belcourt Centre saved are delighted to see it included in this years Heritage Canada National Trust Top 10 Endangered Places.
Below is a photo I took in February 2015. 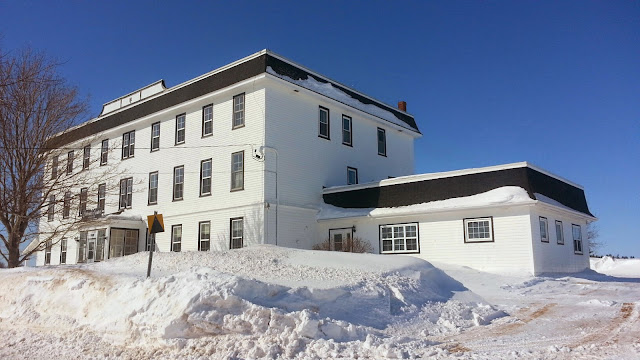 I was up to Murray Harbour last week - finally getting out and about after the worst winter on record here on Prince Edward Island.
This old house is located at 268 Machon Point Road.
Meachams 1880 Atlas of PEI shows H.L. Machon living here with 50 acres.  The 1928 Atlas of PEI shows Benj'n Sensebaugh owning this property.  The last owner was Gordon Lemuel Beck who died in May 2004 at the age of 80 ((son of Ezra & Mabel (Dean) Beck))
See Brad Olivers listing for this house... 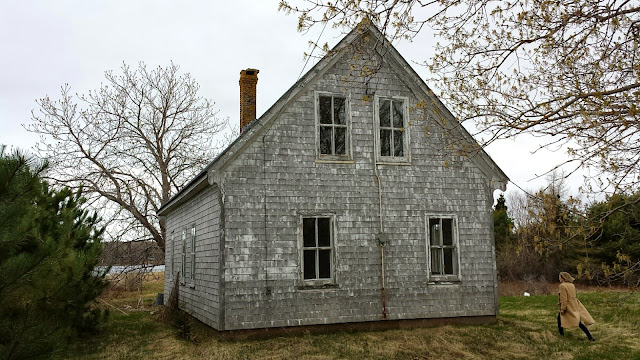 View as you drive in the driveway. 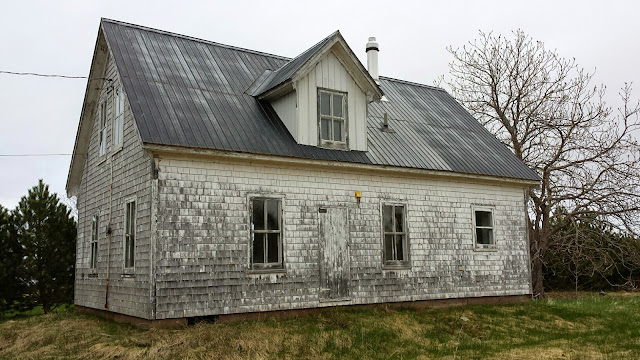 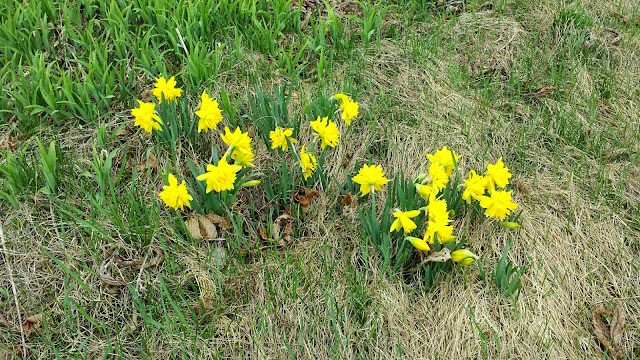 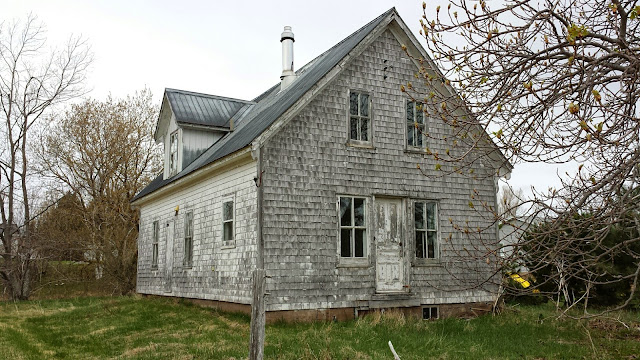 Above: this side of house faces southeast towards the Murray Harbour - the South River (noted in Meacham's Atlas) divides Machon Pt. Road and Murray Harbour.
Below: view through window on left of door into kitchen - note the old stove. 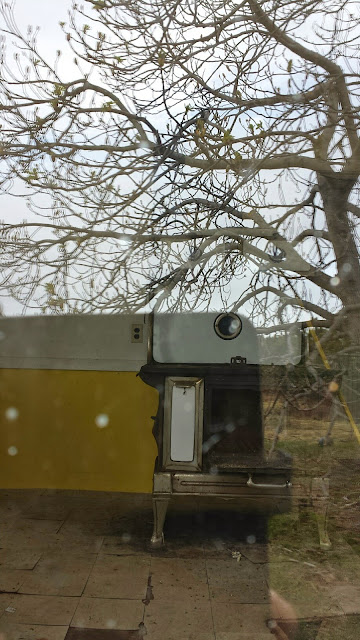 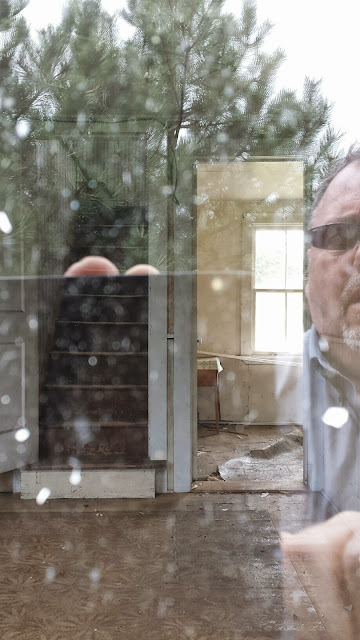 Above: View of stairs by putting camera against window, this is on the back side of the house - the door on the other side of the house, below the dormer, seems to come in under the stairs. 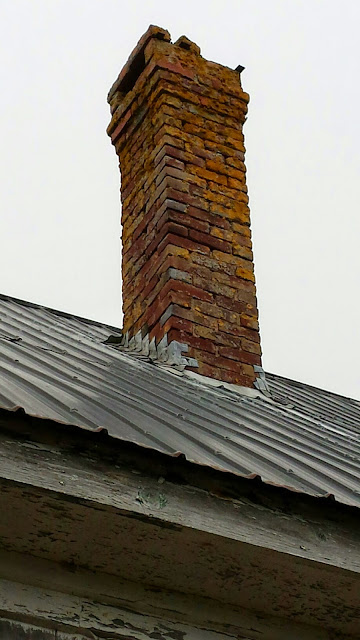 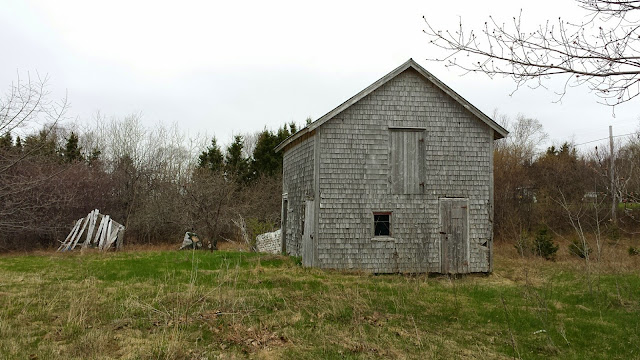 Above: An old building on site - reminds me of a building from the harbour.
Posted by Carter W. Jeffery at 7:38 PM No comments:

The following article appeared on the Guardian newspaper's website: http://www.theguardian.pe.ca/News/Local/2015-05-01/article-4132014/Faulty-lightbulb-caused-Knutsford-barn-fire/1 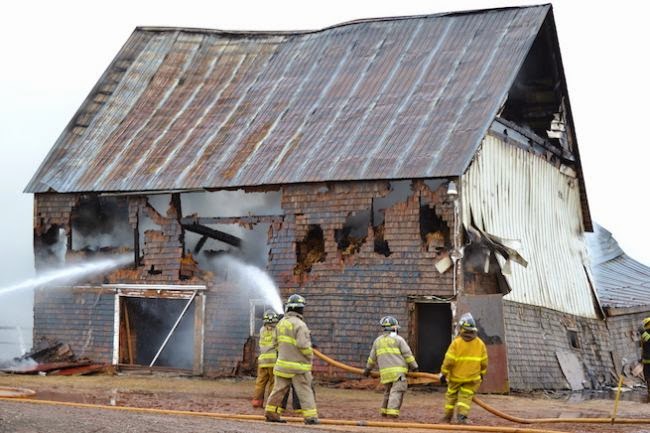 Published April 30, 2015 - Eric McCarthy/ Journal-Pioneer
KNUTSFORD — A faulty light bulb is the likely cause of a fire that destroyed a barn in Knutsford Thursday afternoon, O’Leary Fire Chief Blair Perry reported.
The call to the property of Ralph and Sherren Sweet went in to the O’Leary department shortly after 2 p.m. and Perry said they immediately called in West Point and Alberton Fire Departments for back-up and to assist with a water shuttle.
By late afternoon Perry called in a hi-mack to rip steel from the roof of the structure so that firefighters could get at the smouldering bales of hay and straw.
The machine didn’t have far to travel, as the barn fire is located directly behind Matthews Lime Spreading’s heavy machinery yard. The owner of that property had moved some of his machinery out of harm’s way shortly after the barn went ablaze.
Fire damage was confined to the barn. Perry said it contained hay and straw but no equipment or livestock.
Posted by Carter W. Jeffery at 2:33 PM 1 comment: