It's a wintry blustery day here in Alberton - just took a drive around town and snapped a couple photos of the old Matthews House at the end of Elder Street facing west. 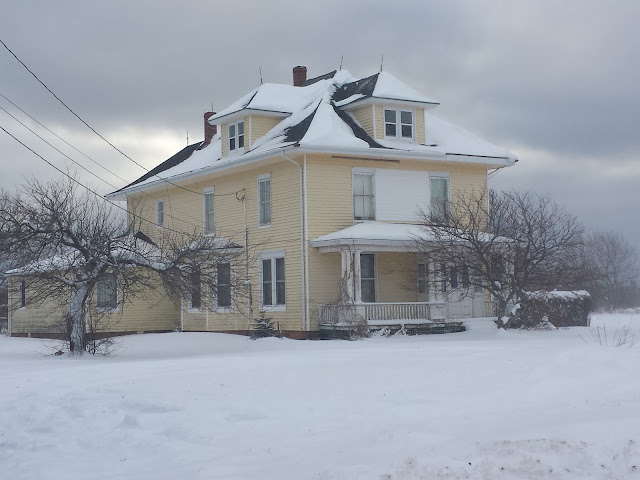 For a number of year Mr. & Mrs. Hebert Matthews operated a turkey farm here beginning in 1939 until 1966.  By8the early 1950s it was reputed to be the largest turkey farm in the Maritime Provinces with a capacity of as many as 10,000 mature birds.  At its peak 72,000 day-old pouts were sold in one year.  They had incubators with a capacity to hatch 10,000 eggs in one hatch.  Info. from...Footprints on the Sands of Time: A History of Alberton.
Mrs. Matthews was Bertha Carruthers of Carleton.  The Matthews had two children, Gordon and Barbara.  Bertha went to P.W.C. and taught at Tryon, Carleton and Alberton.
Posted by Carter W. Jeffery at 10:27 AM 1 comment:

1854 R.T. Holman Homestead, Summerside - will it be demolished or preserved?

There has been much talk on the Island this week with news the owners of the historic R.T. Holman house have applied for a demolition permit from the City of Summerside.  They have owned the house for 15 years and now have it for sale, however, with no interest from potential buyers, they have decided to keep their options open by applying for a demolition permit.  The large property on Summer Street, across from City Hall, is located in the downtown where a vacant lot is more valuable to developers than a lot with an historic home on it.  The owners would prefer to see the house preserved!
The following are photos I took of the Holman House on Oct. 26, 2012. 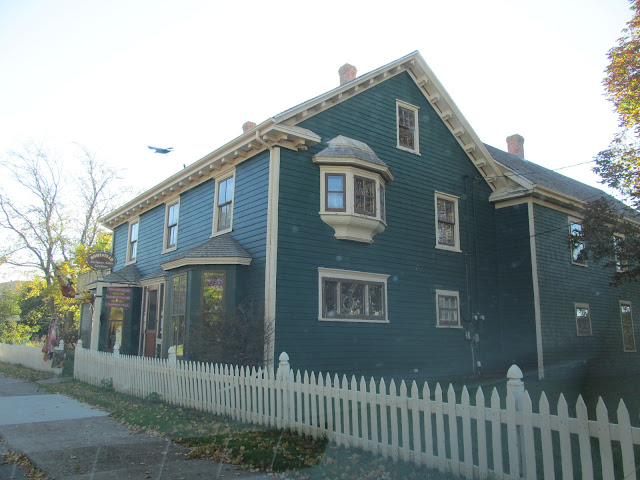 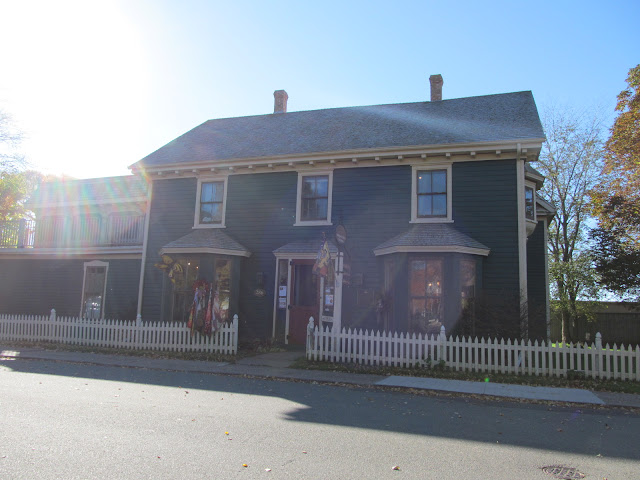 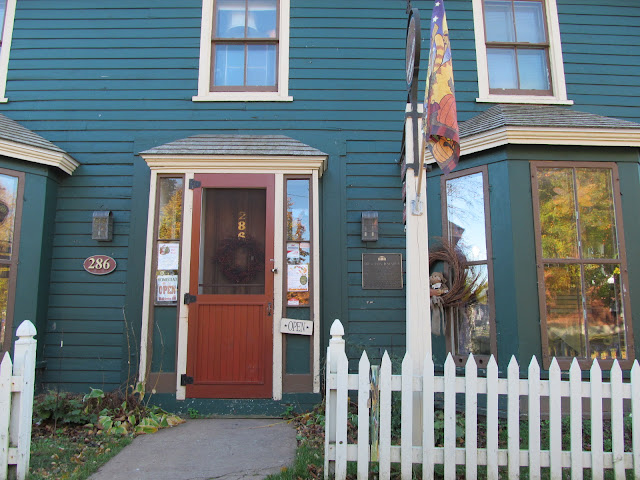 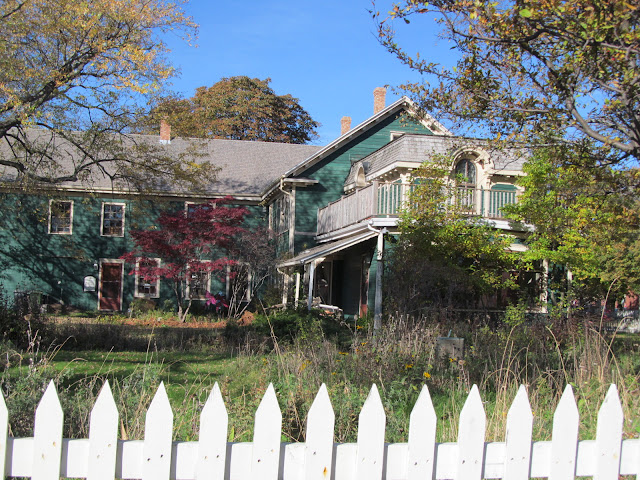 The following are a variety of articles and links to information about the house.

A few weeks ago I went to see Ricky Ellis (carpenter & painter from West Point) at Palmer Road Parish Church in western Prince Edward Island - he was putting on eaves troughs, his final job following a couple of years of exterior restorations and painting.
As noted previous in this blog, Immaculate Conception Palmer Road is the largest wooden church on Prince Edward Island and seats about 1,000 people.
Below, first is a photo of the church I took of the church in the summer of 2014 - following are photos I took on November 26, 2015. 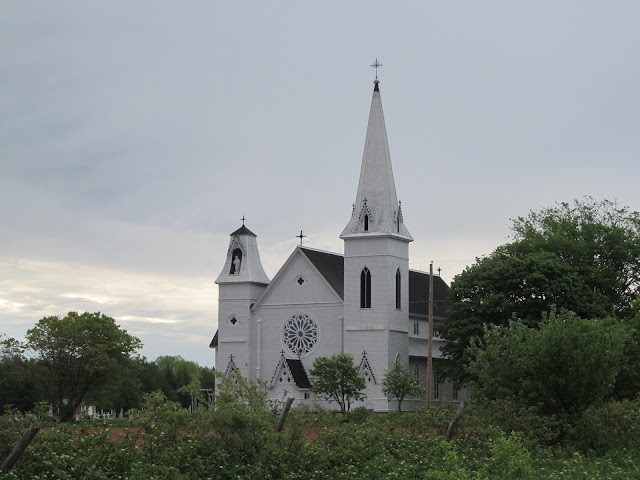 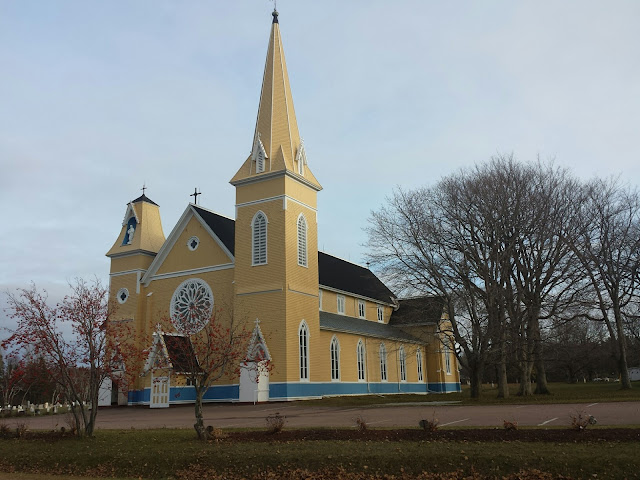 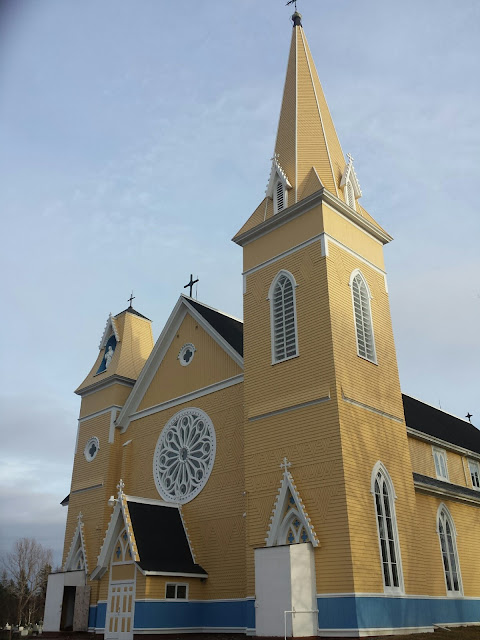 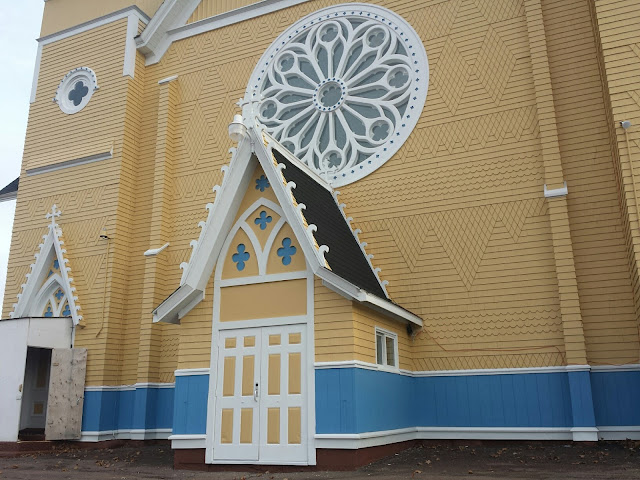 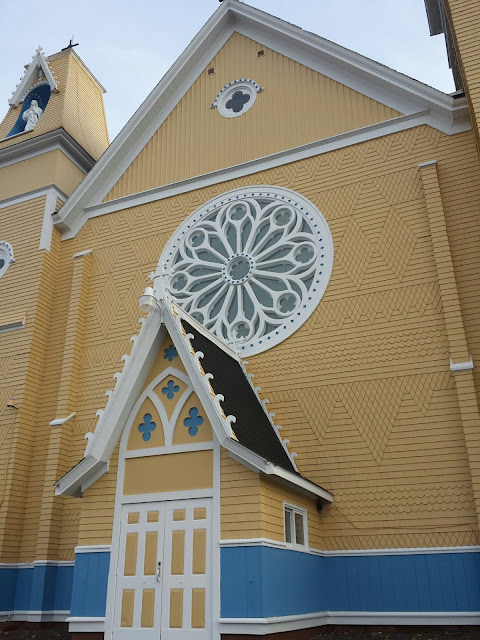 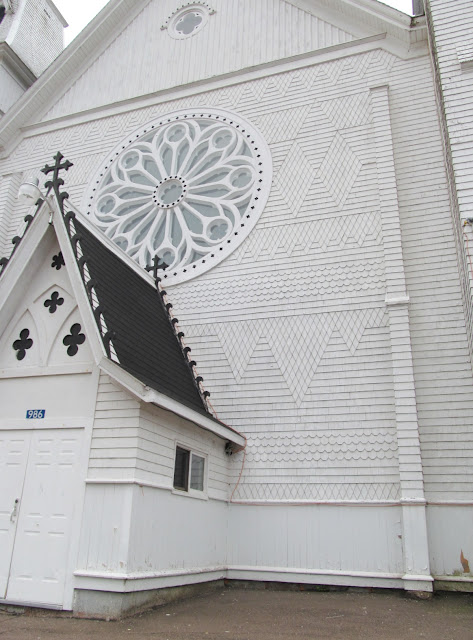 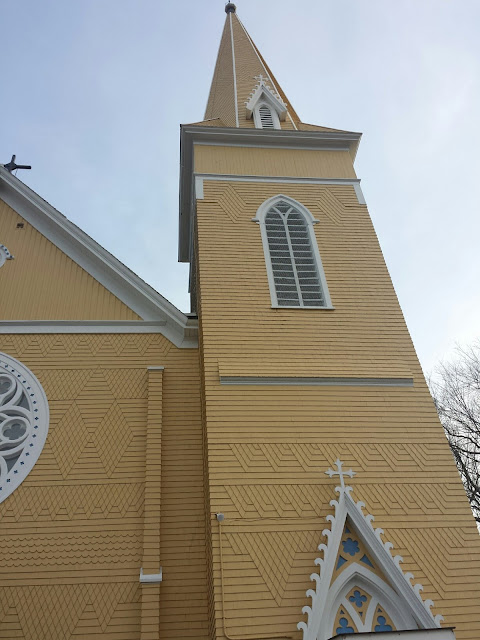