The former Frank and Winnifred (McDowell) Cutcliffe home at Fredericton corner was demolished on Thanksgiving Monday, Oct. 14, 2019. A young couple had purchased it a few years ago and during Hurricane Dorian it sustained too much damage.
The photo below was taken in the summer of 2007. 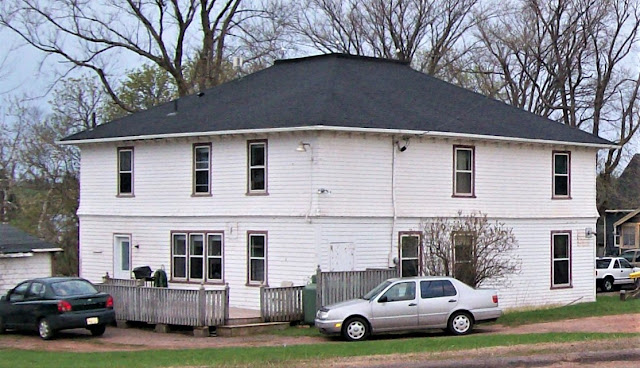 When the Cutcliffe house was built it was the largest in the community. Frank Cutcliffe had a store between the house and the Malpeque Road (Rte.2). They were successful merchants. After the Cutcliffe's the store was operated by Martin Jorgensen and at one time the store was an antique shop.
On Nov. 7, 1935 the Guardian newspaper report, "The members of the Pleasant Valley United Church Women (UCW) held a very successful chicken supper at the spacious home of Mr. & Mrs. Frank Cutcliffe. The ladies served supper to about 170 people. An enjoyable social evening was spent in music and games. A substantial sum was realized for the church. A hearty vote of thanks was tendered to Mr. & Mrs. Cutcliffe for their hospitality."
In the late 1960s or early 1970s the house was bought by two couples, one by the name of Pryor from Quebec and was turned into an inn. It was famously known as the Seven-Keys Inn. The end of the house facing the road featured seven large wood keys fanned out. The seven rooms for rent were decorated differently in styles from around the world.
Over the years many different people lived in this house.

The following photos were taken in the summer of 2007 when Route-2 Highway in Hunter River was widened. In the photo below the former Cutcliffe house is on the left and across the street, Fredericton Station Rd., was the old Howard Weeks home. Howard was a master carpenter and built many houses in the area in the early 1900s. The Malpeque Rd. (Rte. 2) is at the bottom of the photo.

That summer of 2007 many, many buildings in Fredericton along Rte. 2 highway were torn down or moved - it surely changed the look and feel of the community.
Below the beige house was the first Fredericton School turned into a house where Whitfield and Daisy Abbott lived. To the right was the old Fredericton Hall. 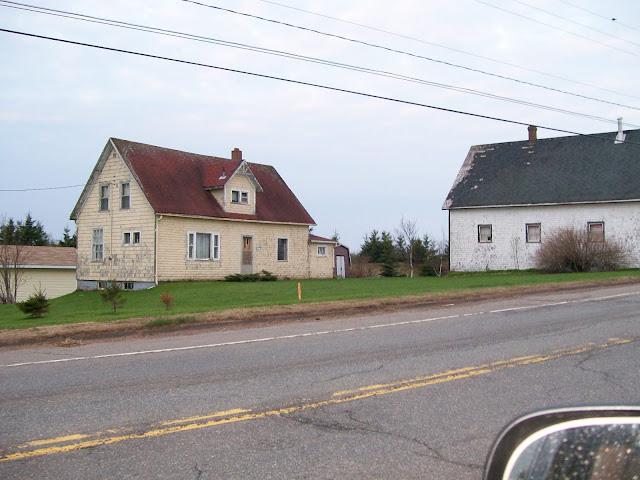 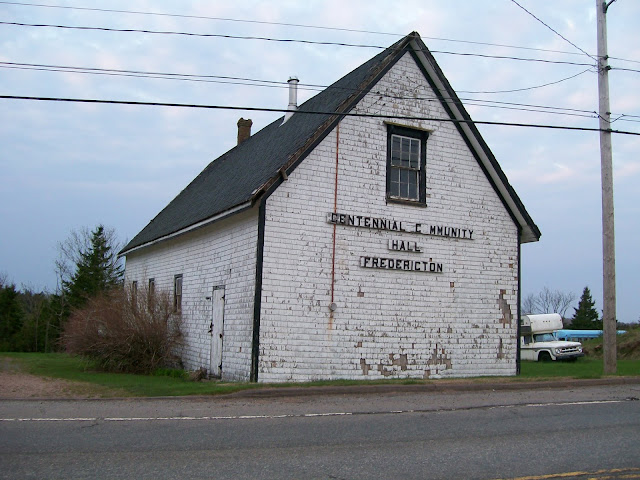 Below was the Church of Christ, also torn down that summer of 2007. 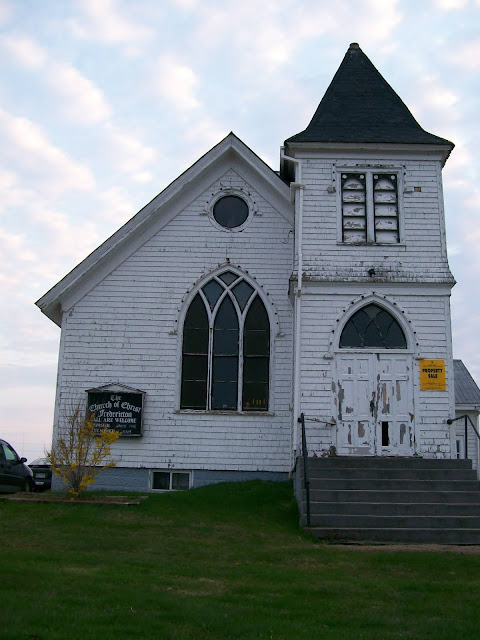 Below was the last Fredericton School converted to a house. It belonged to the MacKenzie's who moved it to the Smith Road in Pleasant Valley to a vacant lot once owned by Willa Smith. 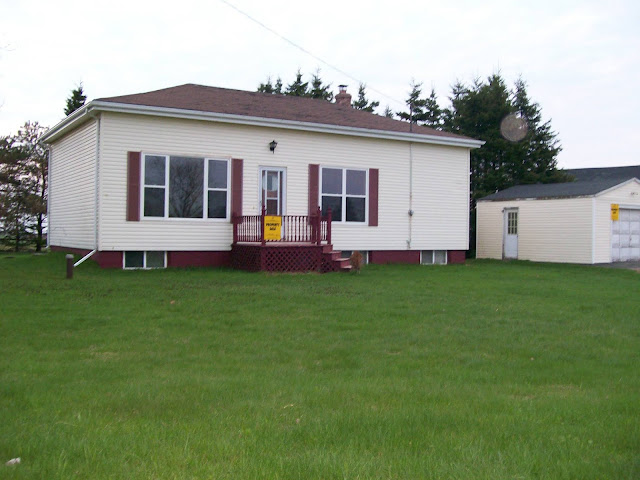 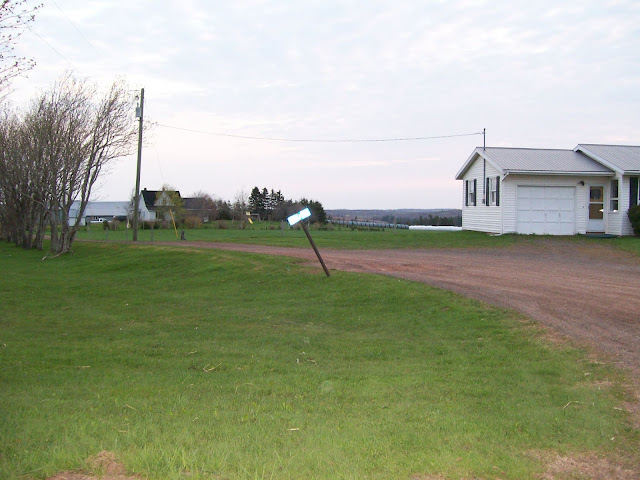 Below was the old feed mill originally owned and operated by the Cutcliffe's. In later years it was owned by the MacKenzie's. It too was torn down. 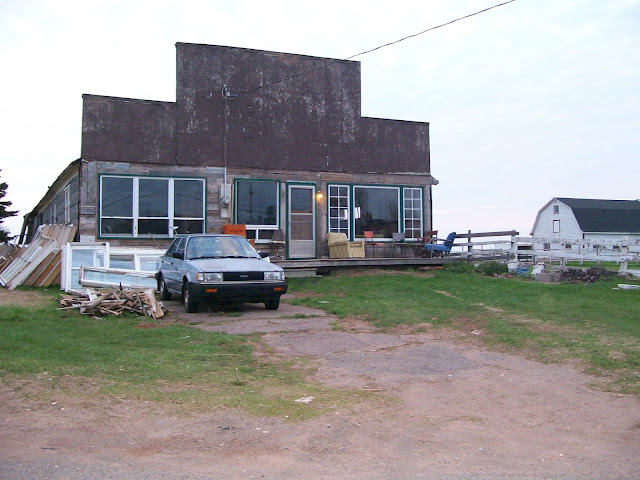