A few years ago I had the first four pages of the September 16th, 1864 issue of "The Islander" newspaper copied from microfiche at the PEI Public Archives and Record Office.  The newspaper of the day recorded the news of the gathering of the Fathers of Confederation to discuss the forming of Canada!
When I was reading through the newspaper pages I found these interesting ads which tell a lot about the importance of the local mill and who their agents were.  Here are the details of the newspaper, etc... 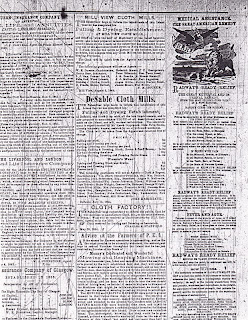 I transcribed the ads for easier reading... 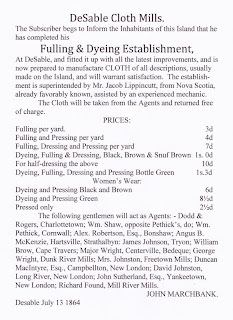 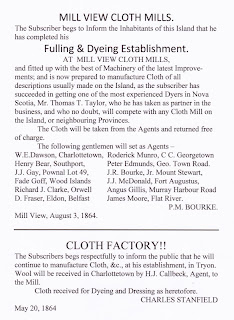 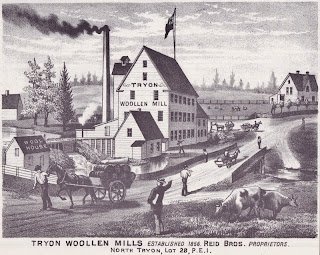 For more information about Stanfields go to: http://www.stanfields.com/ .  The following is from their website:
Charles E. Stanfield had no idea when he immigrated to Canada in 1855 that he would found the firm that is a leader in its field today. Charles, along with his brother-in-law, Samuel E. Dawson, founded the Tryon Woolen Mills in Tryon, P.E.I. in 1856. Ten years later he sold his interests to Samuel and moved to Nova Scotia where he founded the Truro Woolen Mills in 1870. It was believed to be the first factory of its kind in Canada.
Posted by Carter W. Jeffery at 9:48 PM