We got to attend the "Regenerating Places of Faith Workshop: A Workshop for Rural and Small Urban Communities" last week in Sydney, Cape Breton.  The workshop was hosted by "National Trust of Canada" https://www.nationaltrustcanada.ca/ and "Faith & the Common Good" http://commongood.net/ and a pilot for which they hope will be offered to other Canadian communities. 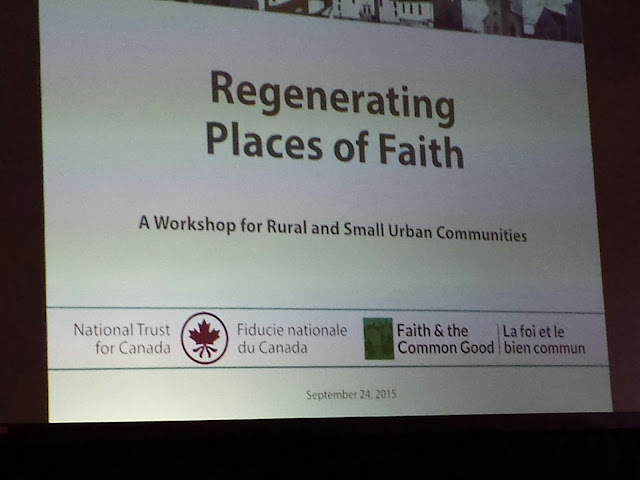 The workshop was divided in to seven sessions which ranged from, Sharing Hope & Inspiration, Hands-on Exercise to Discussion Sessions.  We learned that not every building can be saved; those more salvageable are located in urban settings; it takes a strong, dedicated and visionary group of individuals to save these buildings.
We were the only two from Prince Edward Island, there were a few from New Brunswick - most of the 70+ attendees were from Cape Breton which included a dozen students from Cape Breton University's Leadership course.
The workshop was held in the "New Dawn Centre for Social Innovation" - this building was the former Holy Angels property (a school, convent, house and 2.77 acres) was turned over to "New Dawn Enterprises" est. 1976 - the oldest community development corporation in Canada. See http://newdawn.ca/holyangels/today/ 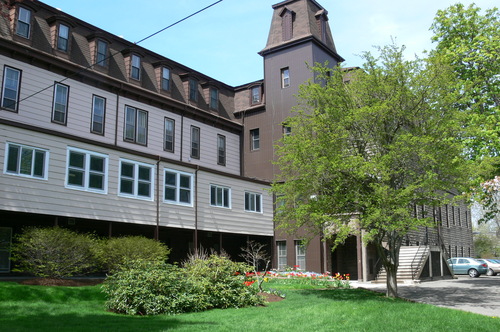 Midway through the workshop we walked less than a block each way to see two churches, St. George's Anglican Church and Sacred Heart Catholic Church, both closed in 2014 with uncertain futures.  This summer the churches were open to foot traffic from cruise ships which is not a money maker. 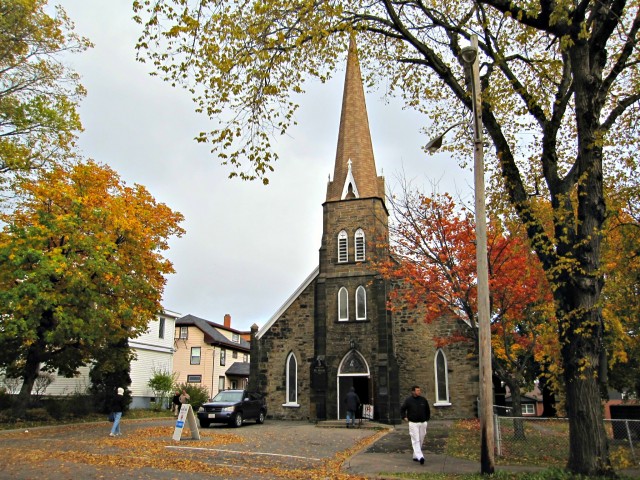 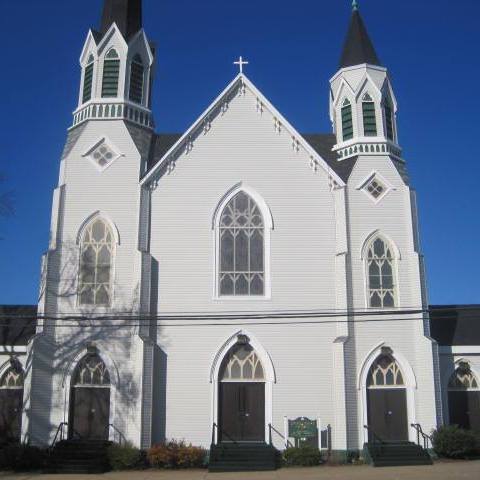 Above: Sacred Heart Church, built in 1889.  Est. 1825 with a strong Irish heritage.
https://www.facebook.com/Friends-of-Sacred-Heart-Church-Sydney-NS-654600137889494/timeline/
* * * * * * * * * * * * * * * * * *
We learned a few stories while at the Workshop.  Here's a few stories:
We met Melanie Sampson of the "Stone Church Restoration Society" and learned about their efforts to save the 99-year-old St. Alphonsus Stone Church in Victoria Mines /New Waterford, NS.  A few days following we heard the good that they had successful negotiations with the Diocese and were making progress to turn the church into a Non-denominational Wedding Chapel, etc.  St. Alphonsus was listed on the National Trust of Canada's 2014 "Top Ten Endangered Places" list. 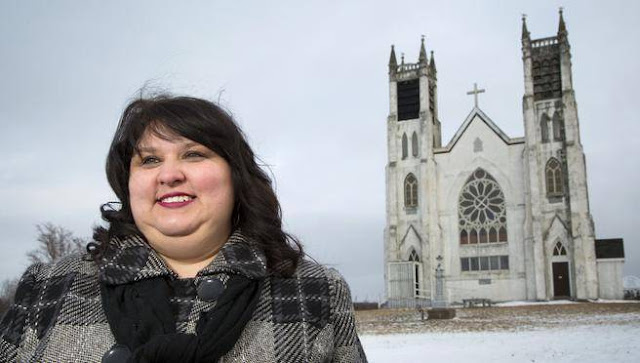 Below is a shocking image of the demolition of the former Sackville United Church - what's even more shocking is that the salvageable materials, ie. windows were lost!! 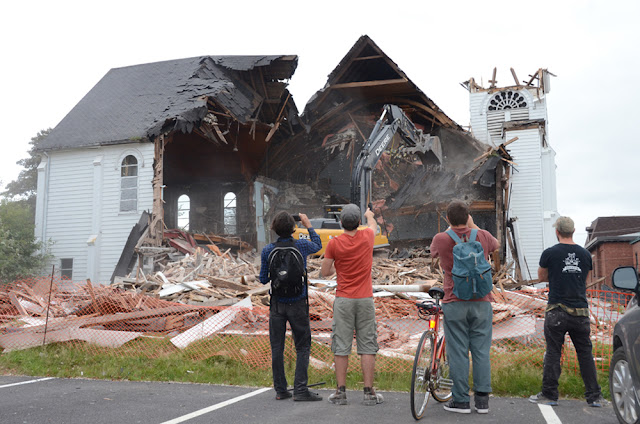 A few more things we learned...
Nova Scotia's Heritage Property Act, Sections 17 & 18 "Approval to alter or demolish municipal heritage property".  The municipality may take up to three-years to consider an application under Section 17.
The province of Quebec has saved/re-purposed many of their religious buildings over the past 20 years in more than 2700 projects with a value of $425,000,000.  They are far ahead of the rest of Canada in saving places of faith.
Proverb 29:18  "Where there is no vision, the people will perish".
Posted by Carter W. Jeffery at 1:36 PM