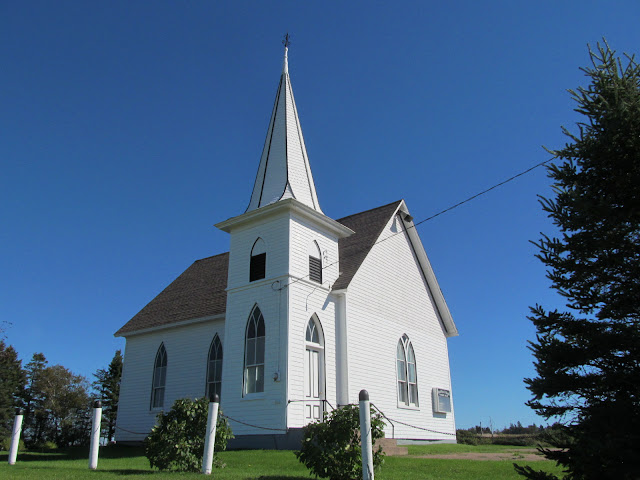 The following article appeared in the Guardian Newspaper on Sat., September 10, 2016.

Church holds celebration marking 30 years being closed
"A shining white church along the busy Route 2 highway, complete with flowerbeds, is holding a celebration this weekend to mark 30 years of being closed.  It will take place this Sunday at the church, starting at 2:30pm.  There will be music from a harp and small-pipes ensemble, plus a talk about the church's history and future.
The congregation was devastated in 1986 when the United Church decided to amalgamate churches in the Breadalbane/Cavendish pastoral charge.
It meant closing churches in Rose Valley and Pleasant Valley to focus on the creation of a modernized Central Trinity Church in Breadalbane.
Not to be sidestepped by decisions on high, a local group led by Dorothy Smith went to the United Church board and asked for permission to continue caring for the Pleasant Valley property.
After some struggle with dis-belief, the group proved it could raise money for maintenance by contacting family of former members of the congregation, mostly living away, and raised enough to meet requirements set out by the United Church administration.
Years later, the Pleasant Valley group received a massive donation from a family estate in the U.S. to help with restoration work."
Posted by Carter W. Jeffery at 9:43 AM