Arnold found this aerial photo amount a few things from his days - thinking the image was taken in the 1960's. 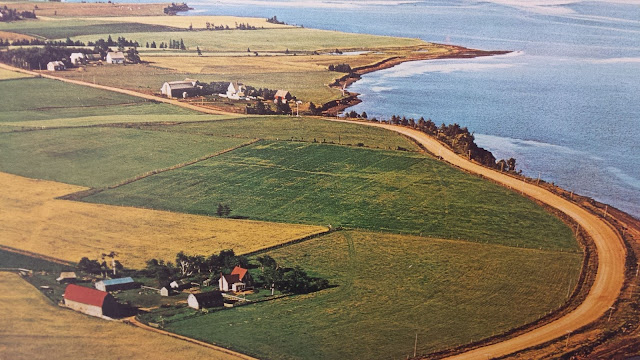 The farm in the lower left corner is completely gone - not a shingle remains!  See zoomed in below. 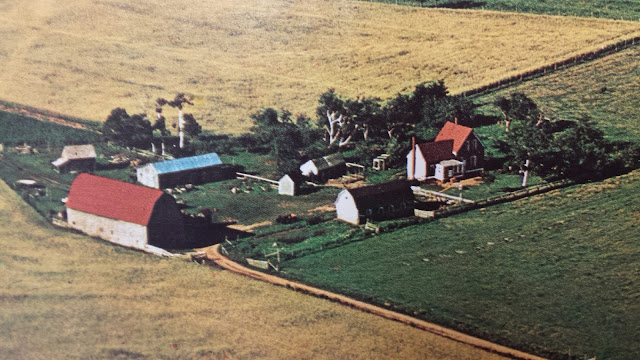 Same for the farm in the upper middle of the image - the old Doughart Farmstead (1928 Cummins Atlas shows Allan C. Doughart here; 1880 Meacham's Atlas show's Wm. Cole here with 62 acres) - not a shingle of that property remains.  Below is a zoomed-in image of the farmstead.  The house became famous for it's "No Picture Taking" sign and featured on the back cover of book, "A Day in the Life of Canada" published in 1984.  The house was bought and moved to French River where it remained empty and in ruins for years.  For a few years it was featured on the cover of the PEI Tourism's Arts & Heritage Trail guide.  In 2016 it was destroyed by a "control burn".
The farm in the top left corner still has a house and barn remaining. 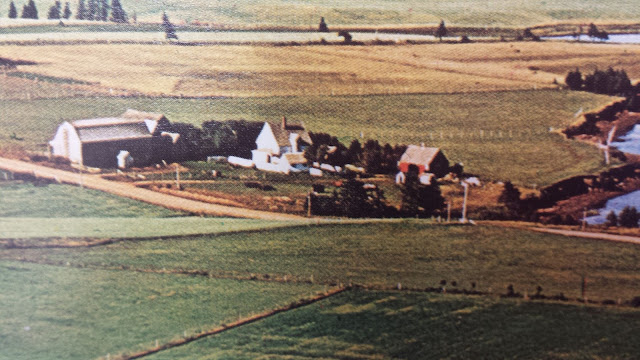 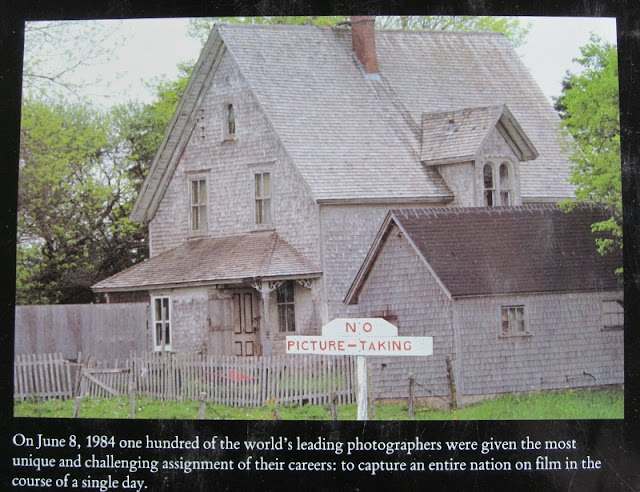 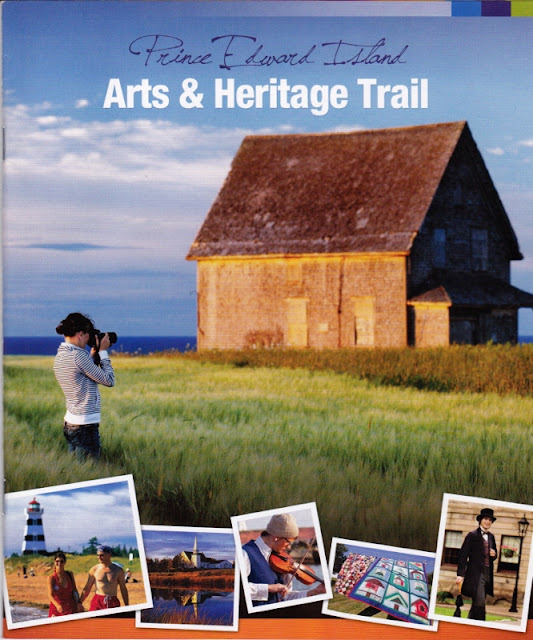 Below: my photos of the Doughart House taken in the summer of 2012. 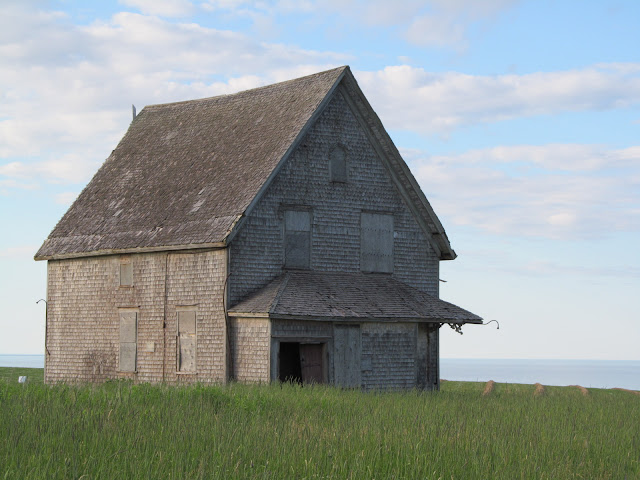 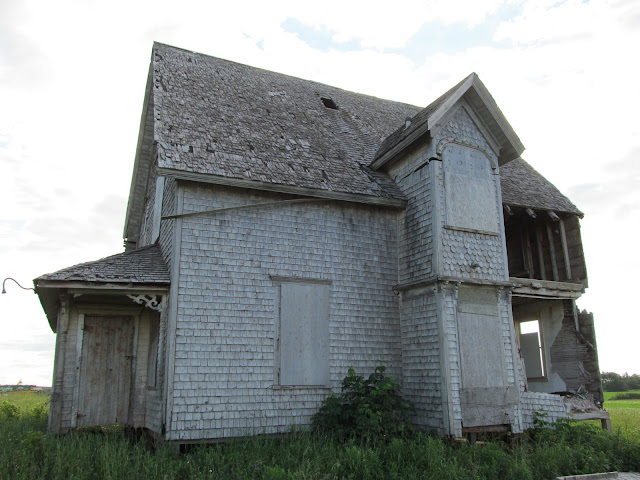 Below: an outbuilding on the Doughart Farmstead. 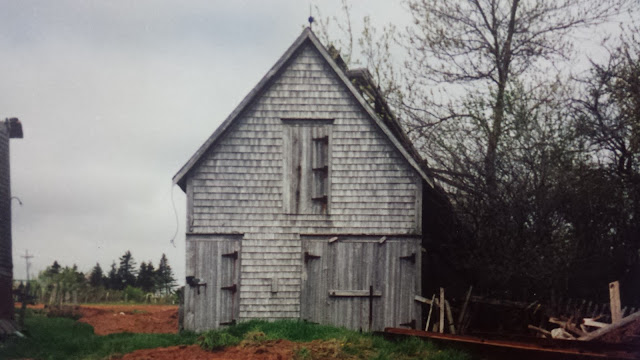 Further up the road were a few old barns (see far left, third up) - they were burned for a scene in the "Emily of New Moon" TV series. 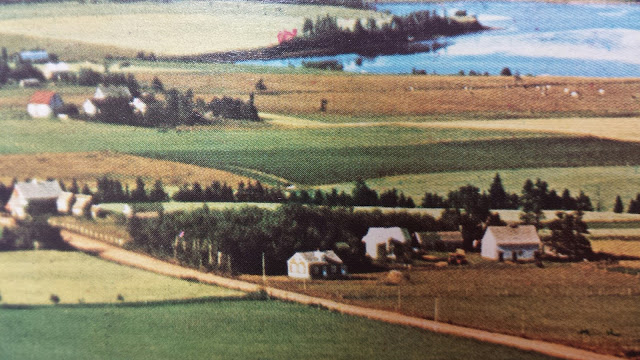 Below: the barns burned for Emily of New Moon TV Series. 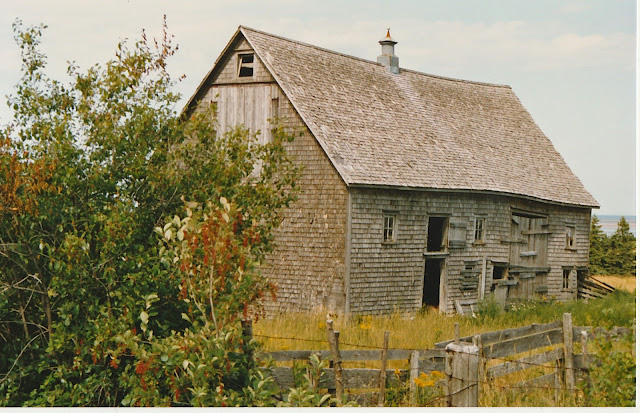 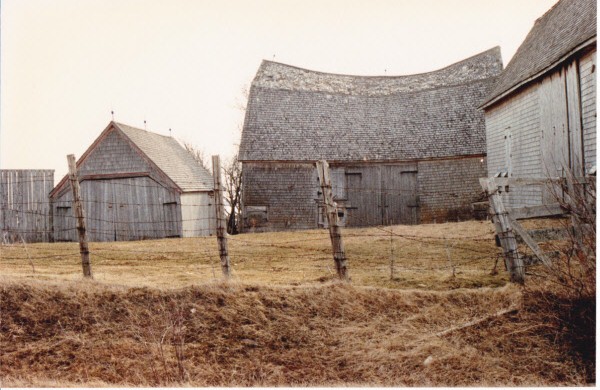