A slice of his life 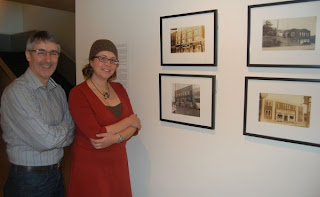 Gallery director Kevin Rice and attendant Natalie Woodburn-Heron study some of the buildings that architect James Harris designed, including, from left, Moore and MacLeod Ltd. and the Currie Block extension, corner of Kent and Queen streets in Charlottetown.  Works of the Heart: The Architectural Legacy of James Harris in P.E.I. continues at the Confederation Centre Art Gallery until Jan. 22.  It consists of photos and sketchbooks from Harris’ own collection with narrative by Darin MacKinnon, guest curator.
The Guardian Newspaper
http://www.theguardian.pe.ca/Arts/Entertainment/2011-11-09/article-2800527/A-slice-of-his-life/1
by Sally Cole
Published on November 9, 2011
When Darin MacKinnon started researching Historic Places of Prince Edward Island, an online resource for the Department of Tourism and Culture, he discovered a number of references to buildings designed by James Harris (1886-1954), the nephew of iconic P.E.I.  architect William Critchlow Harris and painter Robert Harris.
Whether it was designs for the Tweel Building, which is located on the corner of University Avenue and Kent Street in Charlottetown (now the home of Starbucks) or the Moore and McLeod Limited Building on Queen Street in Charlottetown or Clark Brothers Store and and the Fire Hall (home of the Eastern Graphic) in Montague, Harris left his mark on the P.E.I. business skyline as well as many Island residences and churches,
“I decided to learn more about what he did. It struck me that every day I was driving by his buildings, but I had never thought of the life that created them,” says MacKinnon, whose research forms the basis of the narrative of an exhibition currently underway in Charlottetown.
Works of the Heart: The Architectural Legacy of James Harris in P.E.I. continues at the Confederation Centre Art Gallery until Jan. 22.
The exhibition features his collection of sketchbooks and photograph albums, loaned to the gallery by his daughter, Mary Beth Harris.
“When I started making the connections to the buildings that James Harris designed, I noticed the sketchbooks, so I got more of a sense of him — how he loved to draw like his Uncle Robert, the artist. It was a very pen-and-ink kind of culture.
“And James seemed to like to record things while he was on vacation when he saw a building or piece of Island scenery,” says MacKinnon.
From a family enjoying a relaxing day at the beach to a 1922 Queen Street scene filled with bustling Islanders complete with a Model A Ford next to a horse and buggy, he gives viewers a taste of what Island life was like.
Harris also knew the importance of recording places that are important in Island history. For example, his 1930 watercolour sketch of the iconic Green Gables House predates the opening of the P.E.I. National Park in 1937.
At the gallery, director Kevin Rice points out some of his favourite sketchbook pages.
“In Weekend at Holland Cove, the place where he summered, he’s got prehistoric creatures appearing in this beach scene. He also wanted to show people, so he entertained himself by creating humorous sketches in the outdoors,” says Rice.
Another thing that pleases him is the interior of the house where Harris lived with his family on Greenfield Avenue in Charlottetown.
“You can see the little inset panels in the mantle piece decorated for Christmas. Then above the fireplace is a painting by his uncle (Robert Harris). And just by chance we have it curated in an exhibition upstairs.
“So if people come and see the original painting, they might see the home where it was displayed for many years,” says Rice, who is impressed with the variety of images in the exhibition.
“It’s an interesting assortment of daily life, but also you see his interest in architecture ... It’s like a slice of his life,” he says.
AT A GLANCE
A snapshot of James Harris. 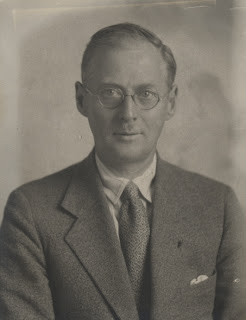 ﻿
Born in Charlottetown on July 2, 1886, James came from an artistic family. His uncle, who was architect William Critchlow Harris, gave him great inspiration and encouragement.
James attended West Kent School in Charlottetown.
In 1906, at the age of 20, he moved to Halifax to train as an architect in the office of his uncle, William, who was working there with the architect, William T. Horton.
William encouraged his nephew to gain professional credentials by enrolling in McGill University’s architectural studies program. After spending several years studying in Montreal, James graduated from McGill in 1912 with degrees in architecture and mechanical engineering.
The following year, after William died suddenly, James took his place in the firm with Horton. Like his uncle, who had created a legacy of church buildings in the 19th century, James would also become noted for his ecclesiastical architecture as the 20th century unfolded.
With the outbreak of the First World War, Halifax became a major naval centre. James enlisted with the Canadian Expeditionary Force in 1917.
After the war he moved back to the Island to operate the Prince Edward Island branch of the Horton and Harris firm.
During the 1920s, James designed churches for several denominations in each of the Island’s three counties. These included a new United Church in Dunstaffnage in Queens County, which he completed in 1927. He also designed and built many residences and commercial buildings.
For more information on James, go to http://peihistoricplaces.ca/index.php3?number=1029174&lang=E
Source: http://peihistoricplaces.ca/
The following images are all from the website:  http://peihistoricplaces.ca/index.php3?number=1029174&lang=E 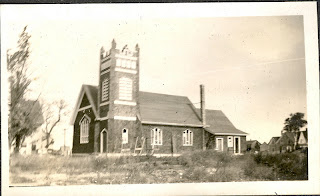 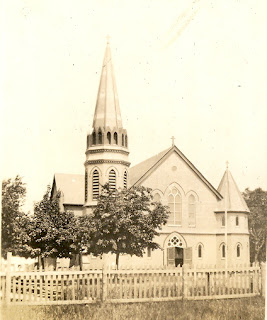 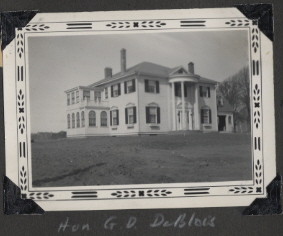 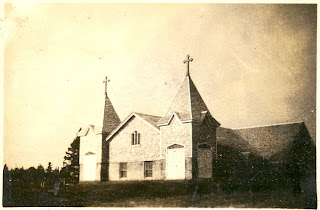 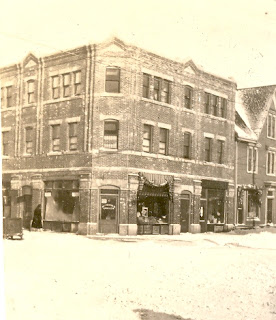 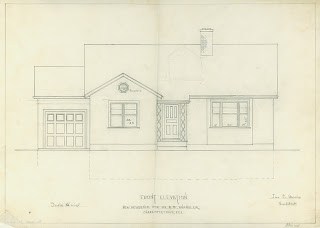 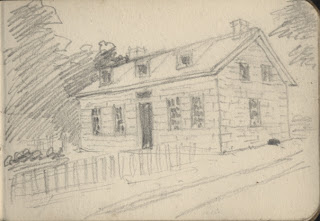 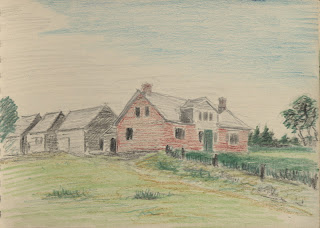 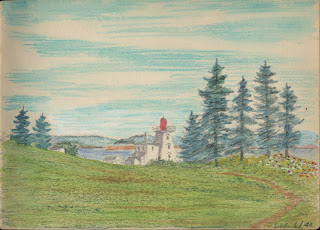 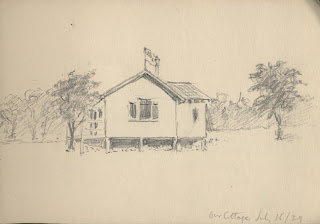 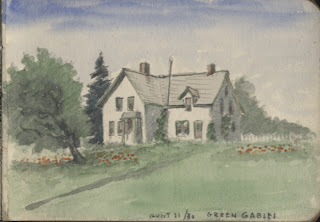 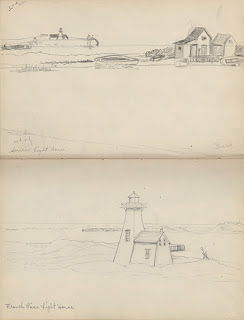 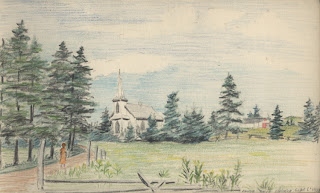