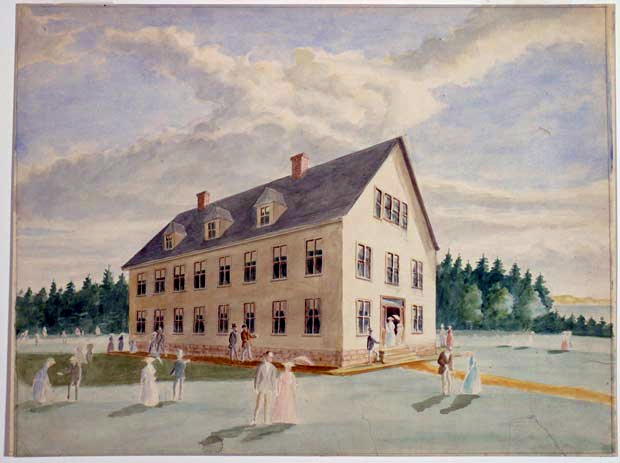 SEASIDE HOTEL (cf. Farmers Bank Exhibit)
The Seaside Hotel was originally known as the "Ocean House" and owned by John Nelson, was also the owner of the "City Hotel", Charlottetown.  John Newson, a cabinet maker and merchant of Charlottetown, took over the ownership and changed the name to "Seaside Hotel". The first entry in the guest book is dated June 18, 1875.
The Vice Regal Visit of the Marquis of Lorne, The Governor General of Canada and his wife, Princess Louise, daughter of Queen Victoria, visited here.
The Seaside Hotel was moved and a new wing was added giving an additional 16 rooms.  The dining room was enlarged enabling 80 people to site at the table.
The noted archaeologist, Jesse Walter Fewkes, was a guest at the hotel while he conducted archaeolgoical work on Robinson's Island.
The final entry in the guest book is dated August 22, 1902.﻿ 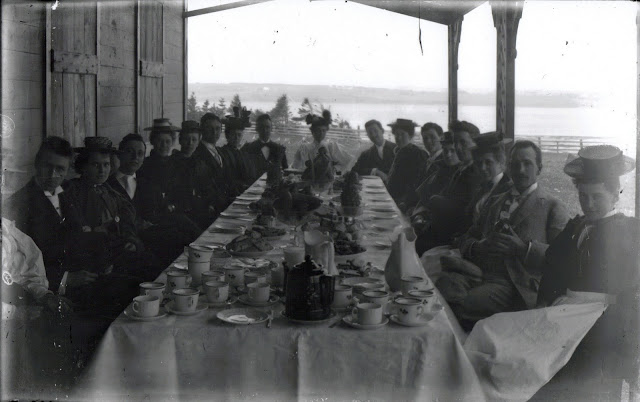 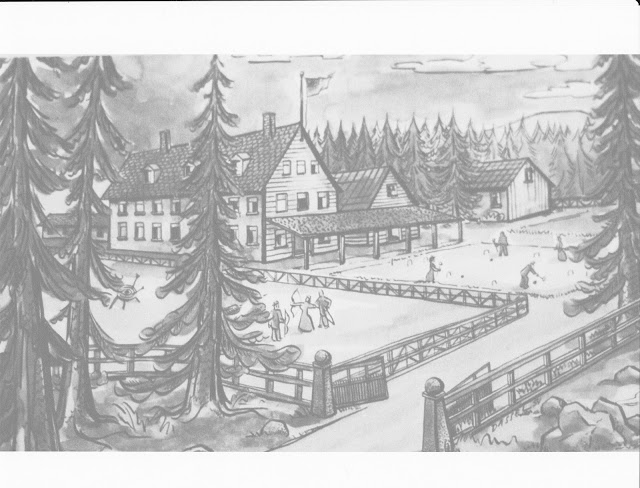 1879, August 11.  Such a significant destination that when Governor General, The Marquis of Lorne and his wife, Princess Louise visited the Island it was natural that the “out of town” trip planned was to the Seaside Hotel.  The train from to with “a large party of ladies and gentlemen".   At Hunter River a large throng was congregated to greet the official party.  The possession, several miles in length, moved in horse and carriages towards – under an arch in New and another one in Rustico.  At Rustico the bells of the Roman Catholic Church rang out a merry peal. And a hundred Acadian children sang “God save the Queen”.

A beautiful pavilion had been erected in a grove near the shore, and in it the party sat down to lunch.  After the Luncheon the Marquis visited the Churchill’s fishing establishment.  Mr. Churchill entertained him with a description of the mode of flaking and curing fish, and entered into an animated discussion with him respecting the habits of fish.  The Marquis displayed a good deal of knowledge about the matter, but he was no match for such a veteran professional as Mr. Churchill.  The Three hour drive in good weather from was a joy if you chose not to take the train to .  The Travel writers waxed eloquent on the landscape they passed.  The extended holiday, and the returns, that most guests seemed to confirm that Seaside Hotel on was one of the finest hotels in the Province of the day.

The hotel burned in January 1906 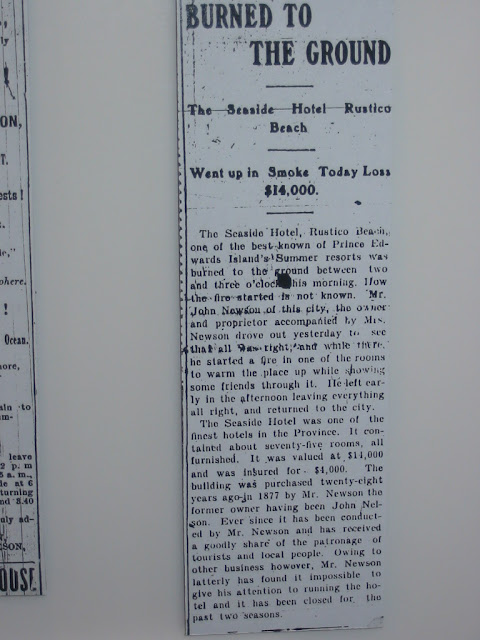