I learned yesterday of the passing of Mac Dixon - he was one of those Islanders very proud of his family's heritage in rural Prince Edward Island.  I met him only once back in April 1989 when he showed us through his old mill and told us stories of bygone days - truly a step back in time that day.  After that I oftened heard him on the radio talking about his horses. 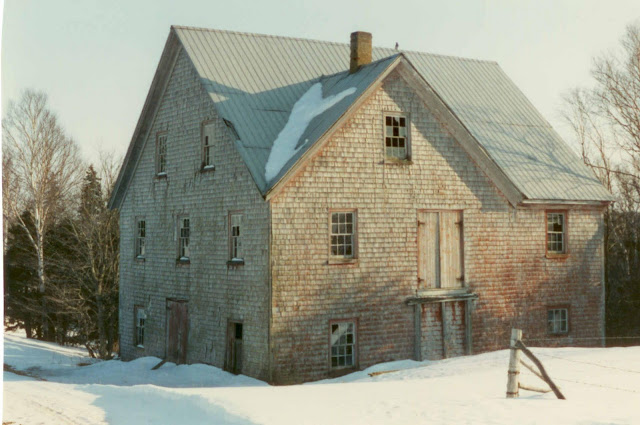 Mac was born May 7, 1926, and was the son of the late Jack and Edna (Smith) Dixon of South Melville and husband of the late Erma (Ings) Dixon, to whom he was married for 50 years. Mac is survived by his five children: 12 grandchildren; and five great-grandchildren.
Mac grew up in South Melville where his family ran the Dixon Mill and where he eventually began his 50-year career in farming. Mac and Erma ran a mixed farm and Mac was extremely proud of his Clydesdale horses, of which he began raising at the age of 19 until he turned 75. Mac was an active member of the Liberal party for many years, and was very proud of the history behind his given name.
Posted by Carter W. Jeffery at 7:33 AM