This modest early twentieth-century farmhouse is located on Route 2 in Kensington and decorated for the holidays. 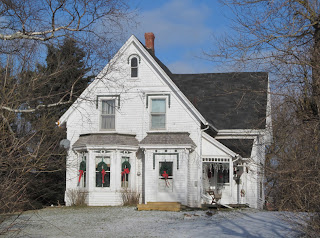 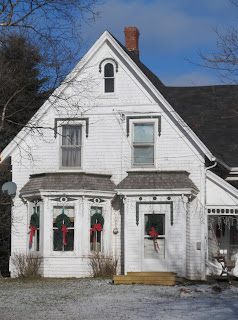 The house features a front/west facade of an angled bay window and square bay for the entry door along with a south facing side verandah to the right. 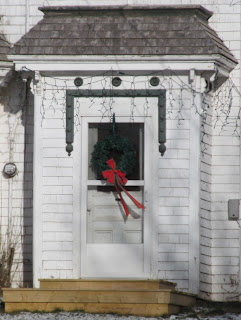 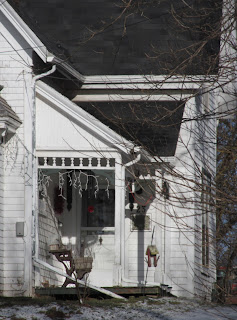 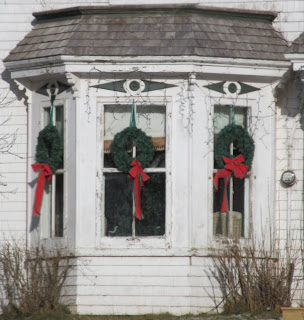 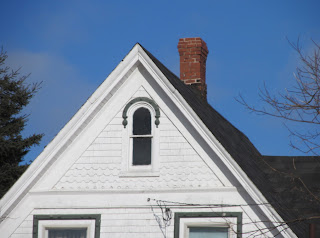 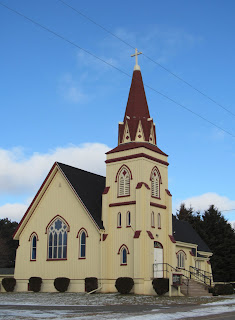 In 1885 construction was underway for this the second/ present St. Mark’s Anglican Church– replacing the first St. Mark’s, built in 1860.  The new church was built at a cost of $1,375.00.  It was first used for worship on August 29, 1887 and consecrated on June 9, 1888 by the Rt. Rev. Frederick Courtney.   The Church of England was the first denomination to build in Kensington.
St. Mark’s Church is believed to be the only surviving example of a William Harris designed board-and-batten church in P.E.I. and one of three remaining board-and-batten Gothic revival style churches in the Maritime Provinces.  It narrowly escaped destruction on July 20, 1979 when a blow torch ignited insulation material when church repairs were underway – there was extensive damage to the steeple and smoke damage throughout the church – regular services resumed in the church later that fall.
cf.  A History of the Pastoral Unit of New London and Springfield, Pg. 265 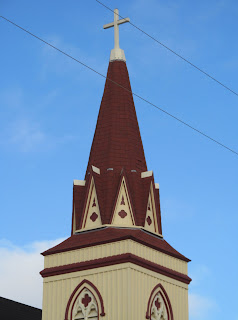 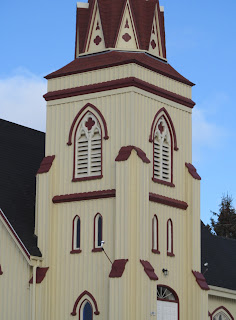 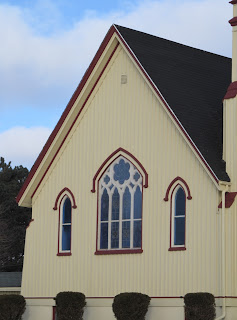 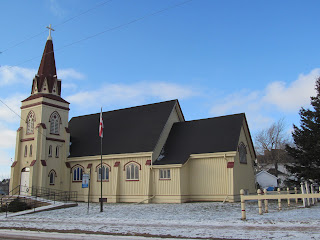 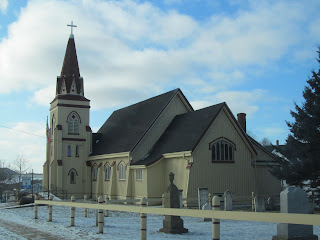 Below: Looking west down Victoria Street.  Note the Presbyterian Church on the left. 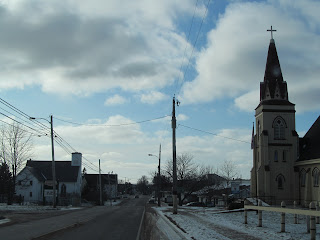 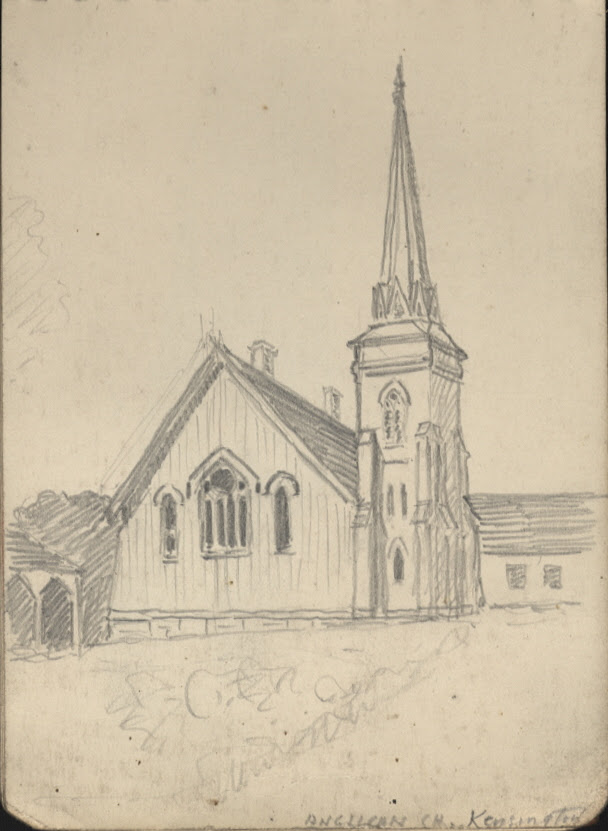 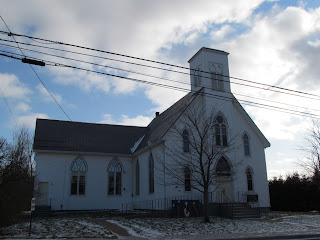 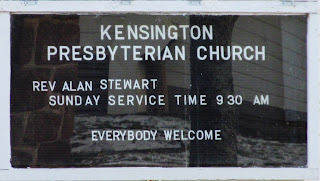 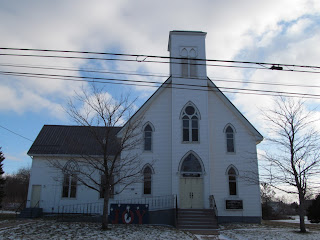