This article appeared in the West Prince Graphic (www.peicanada.com) newspaper on June 6, 2007.  Page 2. 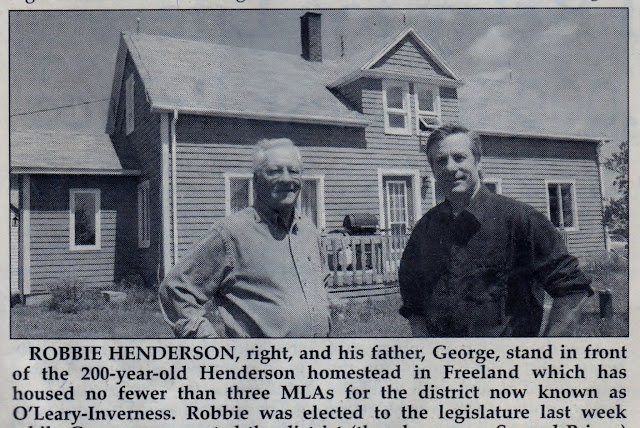 Robbie Henderson latest MLA to find political success in historic home
by Wayne Young for the Graphic
If houses could talk what a political take the 200-year-old Henderson homestead on the Murray Road (in Lot 11) here could spin.
Joseph Murphy, whose father built the house in the early 1800's, was born here and lived in the home while he represented the old district of First Prince in the P.E.I. legislature from 1882 through 1893.
In 1935, another future MLA for the district was born in the same house.
George Henderson, was first elected to the Island legislature in 1874 i the district then known as Second Prince.  After gaining re-election in 1978, he switched to federal politics where he served as the Member of Parliament for Egmont from 1980 until he retired in 1988.
And last week, the old house welcomed its latest MLA, George's son, Robbie, who has been living there with his wife and two daughters since 1983.
Robbie won the seat in the district now called O'Leary-Inverness in the May 28 election.
All three MLAs ran under the Liberal banner.
"Maybe there's something in these walls," Robbie smiled,  "It's contributed significantly to the political life of this district for a long while now."
In the kitchen of the old home, the Hendersons sat down recently to talk about their lives in politics, George with more than 14 years to draw from and Robbie less than a week into his new job... 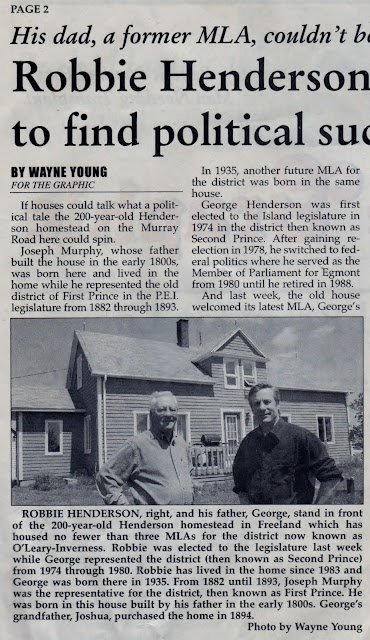 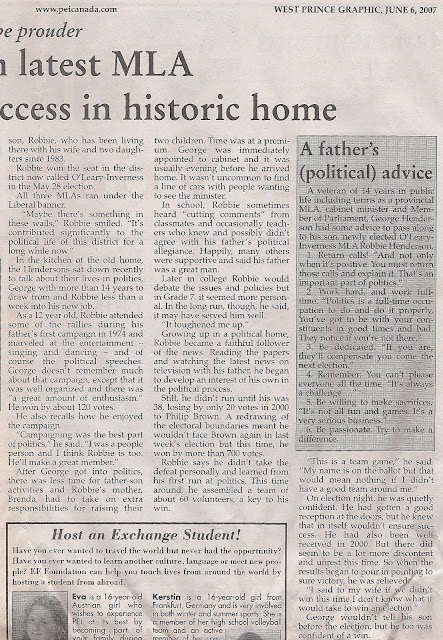