This was the home of Lloyd (1916-1999) and Velda (1920-1974) Matthew, located on the corner of Main Street (O'Leary Road) and Gaspe Road on the east side of O'Leary.
Five years ago this house was destined for demolition and in very poor condition, then along came a new owner who did a complete restoration, returning to its' original splendor! 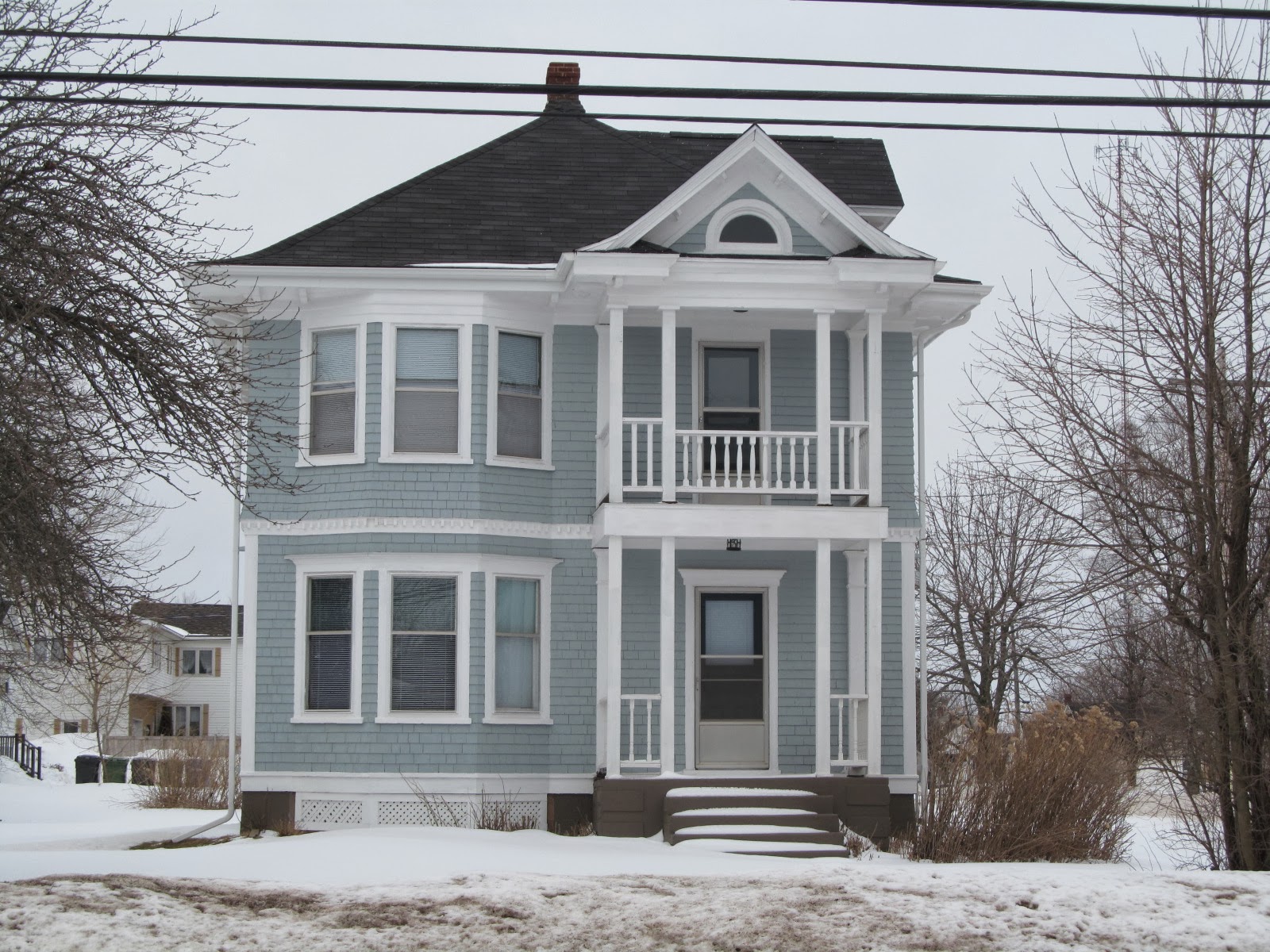 Lloyd's father George built this house, he was a lawyer and had his law office on the second floor. 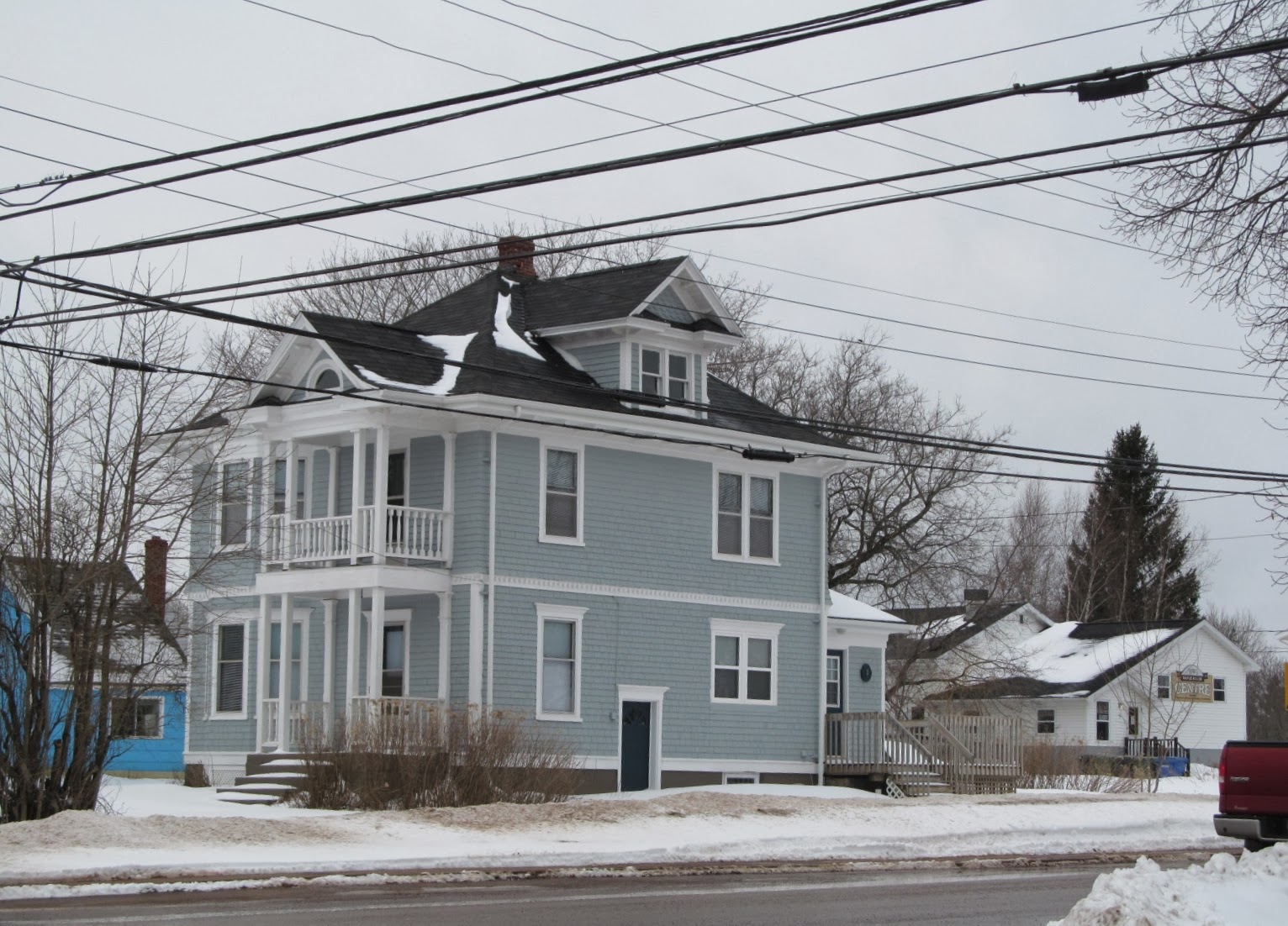 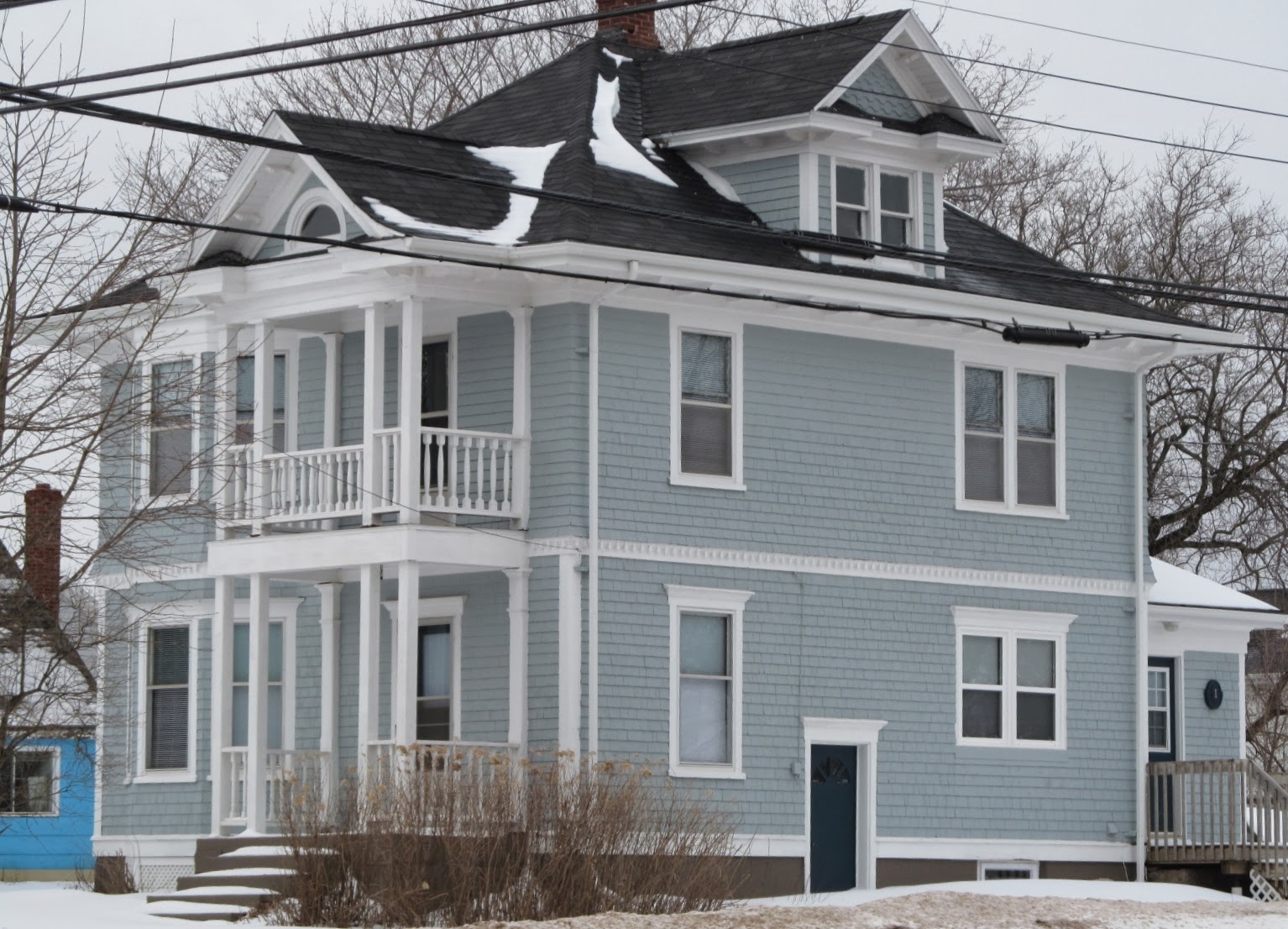 Here's Lloyd's obituary...http://www.rootsweb.ancestry.com/~mnrrvn/Matthews-Lloyd-George.html
Lloyd G. Matthews passed away peacefully on May 20, 1999 at the Community Hospital, O'Leary, after a long and courageous battle with cancer. He was born March 5, 1916, the son of George and Emma (Carruthers) Matthews, O'Leary. Like his four brothers, Lloyd served his country overseas during the Second World War. ( Lloyd and his four brothers served oversea in WWII - miraculously, they all returned home )
In 1935, he opened "The Little Gypsy Tea Room" in O'Leary. He also operated a shore store in Tatamouche, N.S. and in 1947 he joined his cousin in opening a Clothing and Footwear Store in O'Leary. In 1958, he became Post Master at O'Leary Post Office, a position he held until his retirement in 1980.
Lloyd was very active in community affairs having served as president of the Royal Canadian Legion, O'Leary, a Scoutmaster, a member of the Corinthian Lodge, a charter member and fomer president of the O'Leary Lion's Club, a director of A.M.R. and a founding member of Maple House Inc., a sheltered workshop for adults. He was a faithful member and strong supporter of O'Leary United Church.
In his leisure years, he became a skilled craftsman and made many unique articles for the craft industry. For several years he thoroughly enjoyed spending the winter months in Florida as well as other travel and camping experiences during the summer months.
Precious memories of Lloyd will include his friendliness, his interest in people, his keen sense of humor and his many acts of kindness to family and friends. In the last year of his life he continued to be exceptionally alert and demonstrated his usual keenness of mind as he became computer literate.
He was predeceased by his first wife, Velda, in 1974. From that marriage he leaves to mourn two daughters: Lloydia Scavuzzo, Summerside, and Nadine (Dale) Dennis, Knutsford; and one son, Kevin, Knutsford. He was a loving grandfather of Melissa (Ashley) Keenan, Crystal and Denice Dennis, Linda and Derek Scavuzzo, and Molly Matthews and great-grandfather to Ashton Keenan and Leah Esser. A son, Gary, predeceased him in 1974.
Posted by Carter W. Jeffery at 9:52 AM