Season's Greetings to all.  Below are photos I took around my home here in Hunter River, Prince Edward Island, on Old Christmas Day, January 7th, 2011 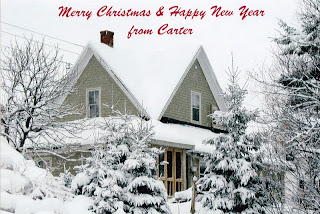 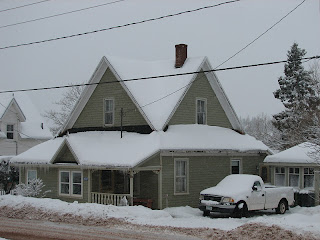 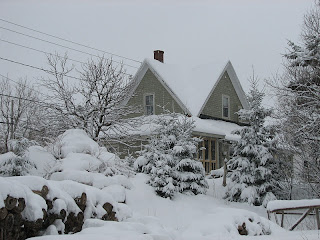 Below: The old Patterson Grist Mill.  To the right is the corner of the old blacksmith shop. 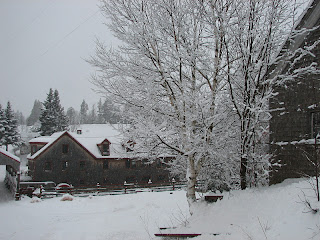 Below:  The old grist mill was restored a few years ago by the Parkman family. 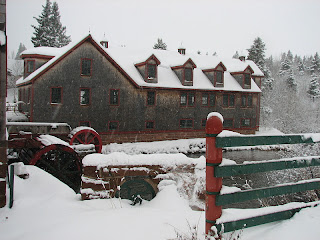 A view of Bagnall's Pond on Hunter River taken from the covered bridge looking south towards the village. 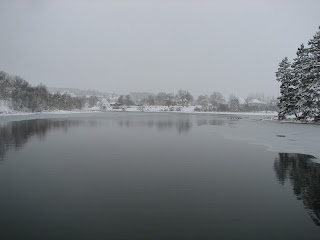 Below:  To the far left are the trees of my backyard. 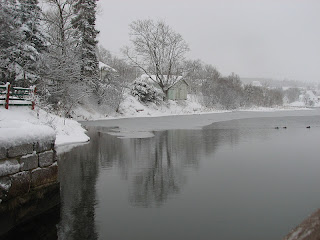 Below:  The ducks can be seen all winter long on the pond. 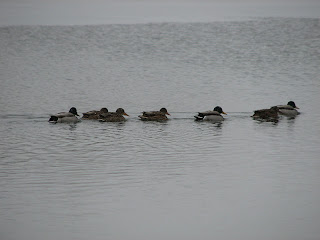 Below:  a closer look at the mill. 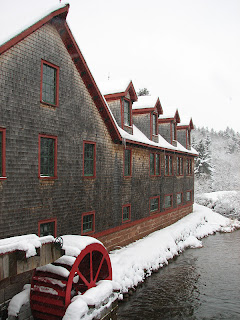 From the history of Hunter River: “James Patterson who came out from the old country and settled here in 1834, and who built a grist and lumber mill and store.  The mill was burnt but later rebuilt..." ; "On , their visions were realized when the Hunter River Hydro Electric Company was established…Patterson’s grist mill was selected as the site…Mr. Wellington Patterson was engaged to operate it at no salary but with the luxurious privilege of free light for his mill and home.  It was Patterson who also installed and then maintained the street lights and, for a time, read the meters…" 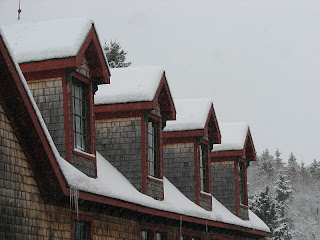 Below:   the new covered bridge was built over the dam in 2007.  There is no tradition of covered bridges on Prince Edward Island.  This is probably the first. 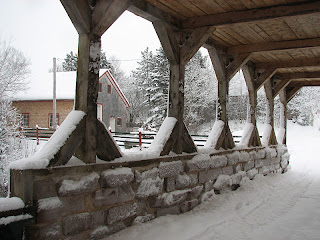 The sandstones in the walls of the covered bridge were mostly salvaged from demolished 19th-century farmhouses. 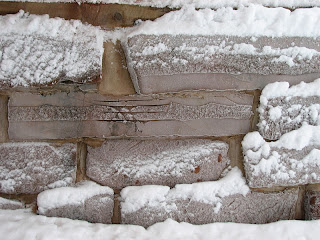 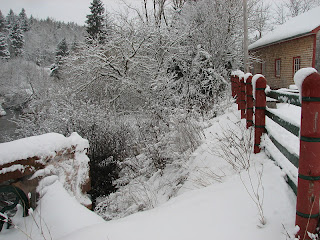 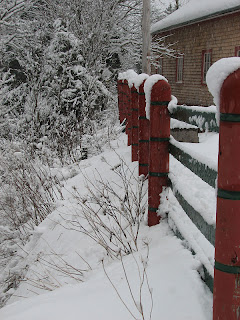 When the mill was restored the owner, an electrician, put lighting rods on the old mill. 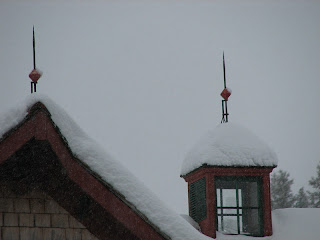 Below:  The Patterson farmhouse.  The following is from the History of Hunter River: “…the oldest house in the .  The house was built on the property purchased from landlord Rennie by Mr. Patterson’s grandfather James Patterson who came out from the old country and settled here in 1834, and who built a grist and lumber mill and store.” 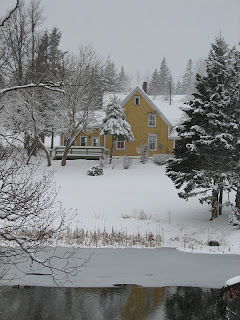 During the mid 1900's the house was operated as a Bed & Breakfast by Mrs. Patterson.  In 1970 the house was sold to the Makita's who also operated it as a B&B.  In the late 1980's the Richardson family purchased the house and for a time operated a dental office from the large porch built on to the south of the house.  Below is an old photo of the Patterson House from Barb (White) Morgan. 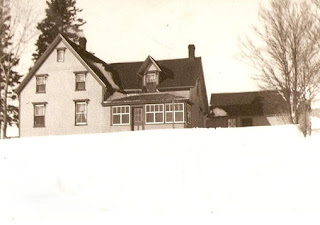