Finally, I'm posting these photos of Bonshaw Baptist Church - I took them in late April 2012.  The little church is situated at the bottom of the hill in Bonshaw between the TransCanada highway and the Bonshaw River - across the Road is the Bonshaw Provincial Park 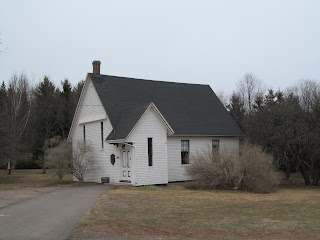 Below: behind the church is a laneway to the river. 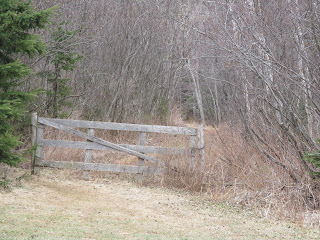 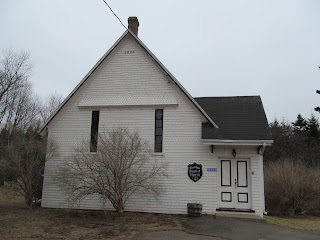 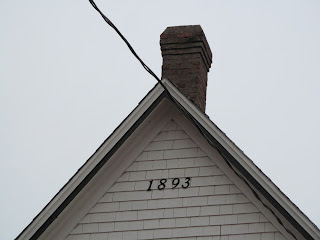 The church has beautiful cut shingle decorations of a variety of styles. 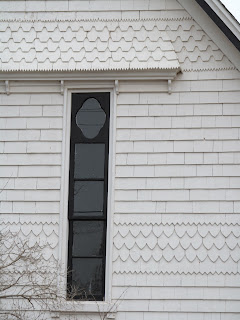 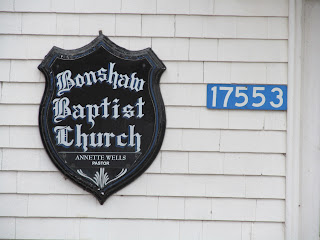 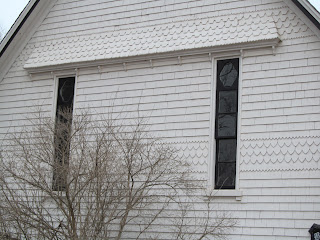 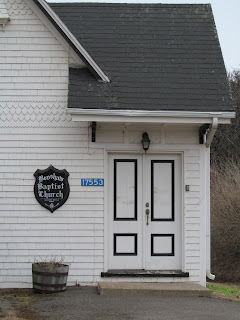 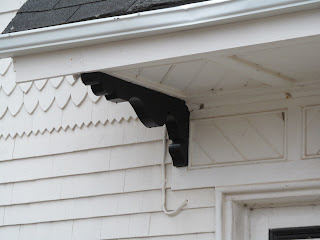 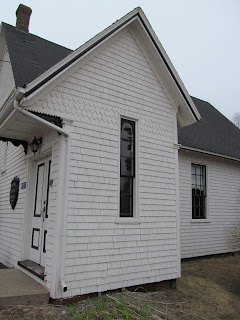 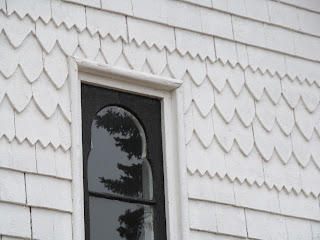 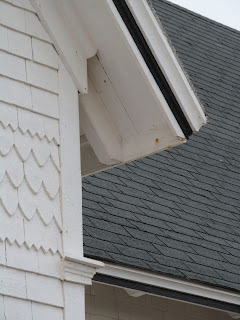 The following information about the church comes from the book, BONSHAW: A Stroll Through the Past, by Wm M. Glen CG(C) and Elizabeth A. Glen (C) 1993.  Page 31.

BAPTIST CHURCH:  On December 15th, 1891 a group of residents of Bonshaw met to discuss the need for a Baptist Church.  The meeting resulted in C.W. Crosby, D.A. MacLean, and Malcolm McArthur being chosen deacons with C.W. Crosby as clerk.  A letter was drawn up listing the individuals who wished to organize a new church.  This letter was submitted to the church authorities who agreed that the new church would be supported.
January 20th, 1893 a meeting of the church elders was held and they expressed "the necessity of having a house of our own in which to worship God."  The elders unanimously agreed to proceed to build at once.  A building committee was formed with C.W. Crosby chairman, Peter Inman treasure and Nicholas McNevin, George Barrett and James Gordon as members.
By May 1893 the building fund had reached $90.00 and the building commenced shortly thereafter.  On November 5th, the same year, the new church was dedicated.  "It was a beautiful day after a rainy night, and at 10:30am the morning service found the building filled to overflowing."  J.D. Davidson, the former pastor, came from Gibson, New Brunswick to give the dedication sermon.  Two further services were held that day in the afternoon by Pastor Higgins and Reverend Davidson again in the evening.
The exact cost of the building is not know but the building fund had reached $104 by the time of the church opening.
Posted by Carter W. Jeffery at 10:08 AM