On today's news we learned the Senator Donald Montgomery house at Park Corner is for sale by his descendant Robert Montgomery.  For the past many years it has been known as the Lucy Maud Montgomery Heritage Museum.  This was the home of L.M. Montgomery's grandfather. 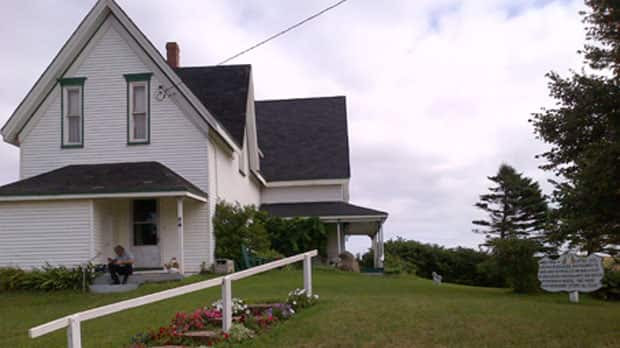 The 134-year-old Lucy Maud Montgomery Heritage Museum has been put up for sale by one of her descendants. (Ryan Hicks/CBC)

The Lucy Maud Montgomery Heritage Museum has been put up for sale because the owner says he's losing money on it.
Robert Montgomery is a distant relative of the beloved author of Anne of Green Gables — his great-grandfather, Senator Donald Montgomery, was Lucy Maud Montgomery's grandfather.
Now, Robert Montgomery is putting the 134-year-old house in Park Corner, about 21 km from of the Anne of Green Gables museum, up for sale.
Montgomery says he's losing money on the museum, but it's also time to let it go.
"Naturally sadness because I'm 72, I lived here till I was 22. As one woman said last year, 'I expect to meet Lucy Maud walking down the hall here,'" he said.
The museum is also known as Ingleside in some of Lucy Maud's stories, and was the model for Anne and Gilbert's home on Prince Edward Island in the Anne series of novels.
Montgomery is looking at selling the contents, which include several objects Lucy Maud wrote about in her stories, including the Rosebud Tea Set and the china dogs Gog and Magog.
He says he'd like the provincial or federal governments to consider purchasing them so they're preserved for years to come.

Below is information and photos from the LMM Heritage Museum. www.lucymaudmontgomerymuseum.com 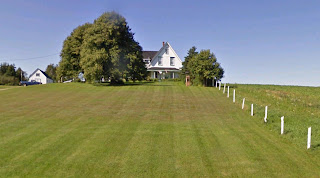 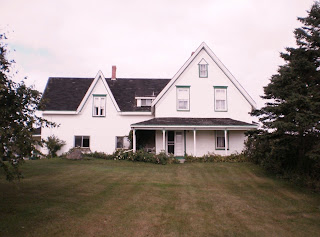 Below: an antique within the house. 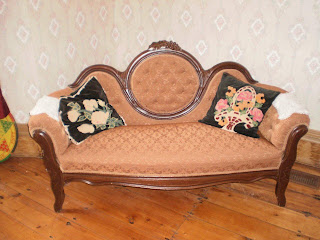 Below is aan image from the Meecham's 1880 Atlas, page 57, showing the new house Montgomery House above - note the old house to the right of the new house.