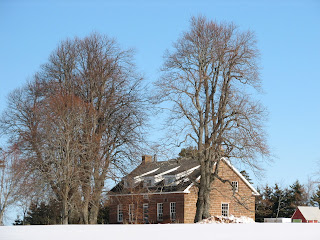 "The MacCallum house in Brackley Beach was built before the middle of the nineteenth century by two itinerant Scottish masons for Captain James MacCallum, whose father, Duncan immigrated to PEI from Scotland in 1770. "Linden Cottage" underwent a rather drastic renovation in the early 1950s, at which time a kitchen wing was demolished and the rear shed dormer added.  The three frontal shed dormers were built in the 1930s.  There is a feeling the stability and permanence about this house.  The stones have been cut with precision and laid with great skill and care, because the walls are still straight and true.  It stands in a lovely pastoral setting surrounded by linden trees imported from Scotland."
cf. The Historic Houses of Prince Edward Island by H.M. Scott Smith.  Pg. 36.  ISBN 1-55046-024-2 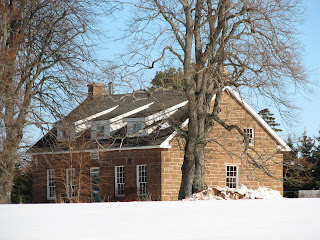 The linden trees guard over this historic property. 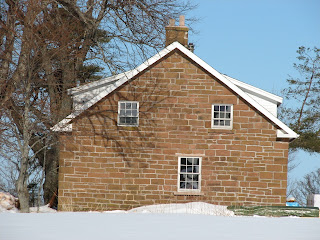 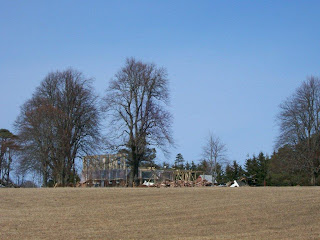 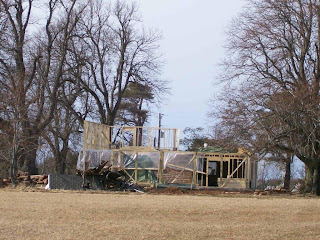 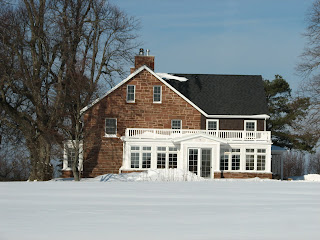 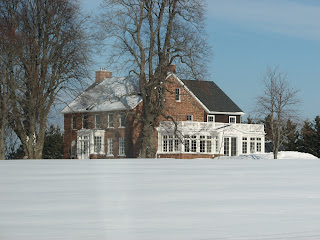 The stream flowing to the mill pond beyond - note the kingfisher on the bridge rail. 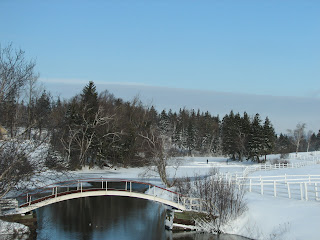 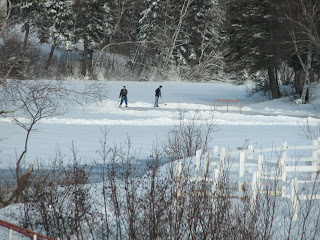