I took theses photos on April 15, 1989.  Arnold Smith and I were visiting our friend Marion Flood who lived nearby - we got talking about the old mill then she took us over and introduced us to Mac Dixon, owner of the old mill. 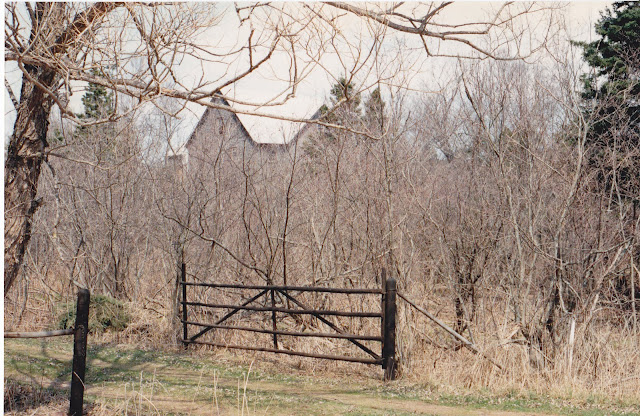 Above: entry to the property. 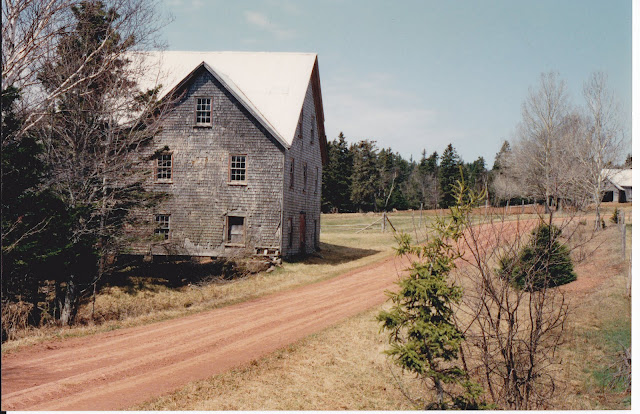 There are / were a few Dixon Mills on PEI - the story goes there was a Dixon family near Belfast, I believe, who operated a mil - when his sons grew up they were encouraged to go to other communities on the Island and start mills.  I know there was a Dixon Mill in Kingston and another near Souris. 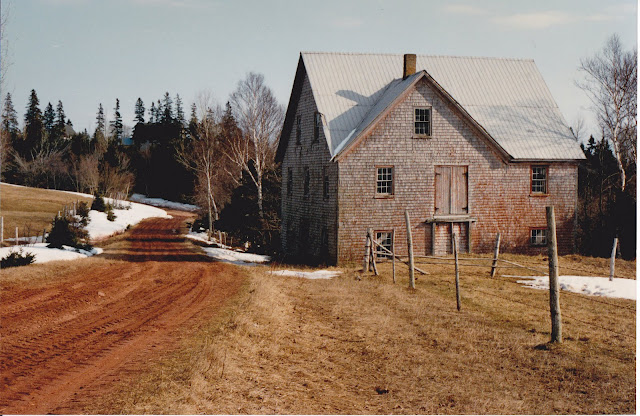 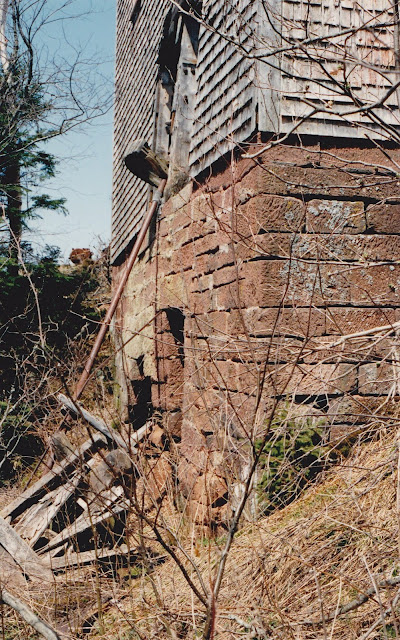 Above: this is where the water wheel was located. 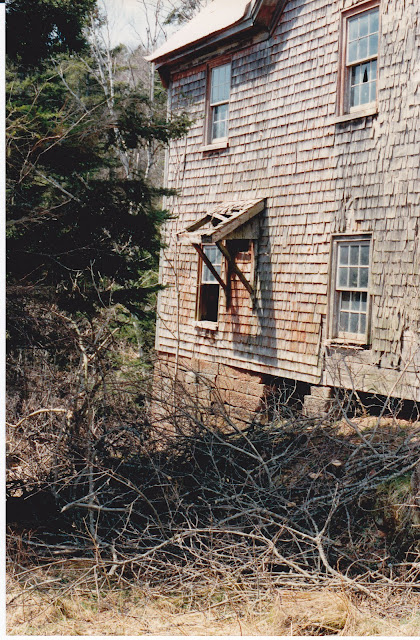 Mac showed us through the mill telling us about the equipment and this Bran Duster that his father bought on a trip to Boston. 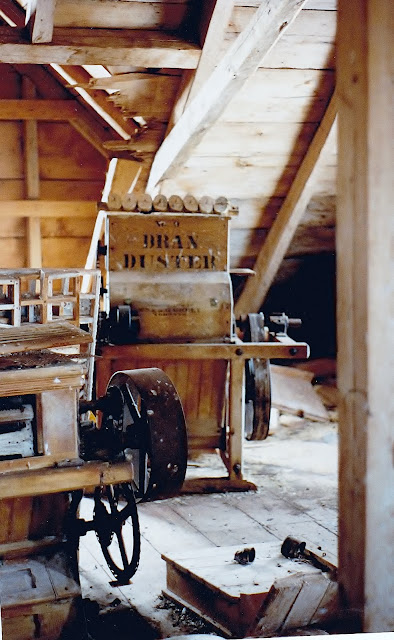 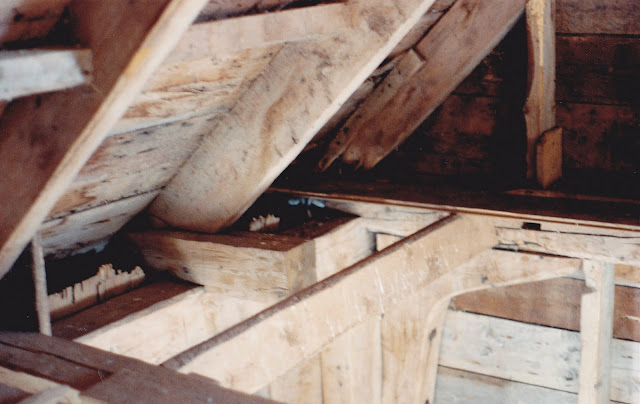 ﻿The old mill is still there - I don't have current photos - I will try this summer.  Mac's son built a house behind the mill in the 1990's.  In the late 1980's there were a couple of local entrepreneurs who wanted to turn it into a museum but it didn't happen!  There are few of these old mills left on the Island﻿. 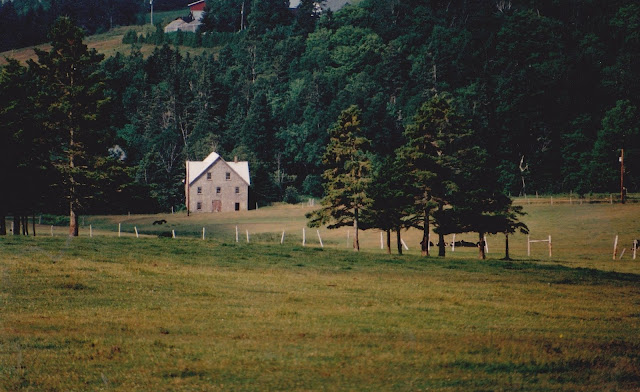 Above: later that summer I took this photo - a site to behold as the wide open fields gather in the vale at the old mill.
Posted by Carter W. Jeffery at 10:51 PM