Harry T. Holman retires after years of preserving the past

﻿     The following article appeared in the Guardian newspaper on March 2, 2013 by Jim Day.   http://www.theguardian.pe.ca/News/Local/2013-03-02/article-3188968/Harry-Holman-is-retiring-from-government-after-years-of-preserving-the-past/1
Congratulations and thank-you Harry for all you have contributed!!! 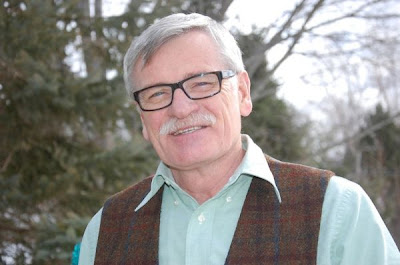 Harry Holman, who at 65 is set to retire April 8, grew up
in Charlottetown with a tremendous interest in history.
Size, substance and surliness allow Harry Holman to easily stand out in a crowd.
The tall, intelligent Charlottetown resident’s bow ties simply serve as punctuation to his standoffish public persona.
Holman concedes his trademark attention-garnering ties are purely an affectation — just another way to separate him from the masses.
“I’ve always liked the look of bow ties because they make me look different,’’ he said.
Well-known heritage activist Catherine Hennessey seems to relish sizing up a man she considers marvelous for his many achievements and maddening for his consistently off putting manner.
“Just the walk of him, you can tell that there’s an arrogance there that you have to deal with,’’ said Hennessey.
“And I sometimes bring him bread to buy his affection. You have to buy his affection.’’
Still, Hennessey is clearly in awe of Holman’s talents as a writer (she thinks he is a great one) and as a speaker (very impressive on this front as well, she notes).
Then, of course, there is Holman’s impressive run with the province, first as provincial archivist and director of libraries and then for the past 13 years as director of culture, heritage and libraries.
CLICK HERE FOR SOME QUICK FACTS ABOUT HARRY HOLMAN
He was responsible for arts and heritage policy and programs of the government of Prince Edward Island. He oversaw the Heritage Places Initiative Program for P.E.I., which now leads the country in the number of places listed on the Canadian Register of Heritage Places per capita.
He drafted provincial Heritage Places Protection Act, Archives Act, and Archaeology Act.
For years, he managed a full range of archives and library services through a network of community-based information centres and online applications.
He boasts of culling together an array of valuable information that had been haphazardly scattered in different locations into a centralized “one-stop shopping’’ for everything from land records to legal records, and from government documents to genealogical documents.
Holman, who at 65 is set to retire April 8, grew up in Charlottetown with a tremendous interest in history. His maternal grandmother, he recalls fondly, would talk to him “about what used to be here.’’
Holman says he was honoured to be able to soak up the personal history of people across P.E.I. as he listened in on conversation after conversation around kitchen tables. In his adult years, he would continue his “eavesdropping on our past,’’ then share his observations through writings and presentations and provide advice and recommendations to ministers, deputy ministers, Executive Council office and the Treasury Board.
“I think there is an innate interest in our past,’’ he said.
“We have,’’ he added, “a healthy cultural environment in P.E.I.’’
During his days of being a not terribly athletic youth who liked to read and hike, Holman was often left to his own creative devices.
He was one of six boys in a family that grew by another five children after his father remarried a couple years following the death of Holman’s mother when Harry was only 12.
His late father was prominent businessman Alan H. Holman, who was the last to work in the family business R.T. Holman Ltd. department store. Harry says his father dissuaded all of his sons to try to carry on in a family business in which the future did not appear bright. None would go on to pursue a career in retail.
Harry says he and his brothers were far from coddled, noting that his father was not at all involved in his life or that of his brothers.
“I think it made me somewhat independent,’’ he said.
“Like my dad,’’ he added, “I think I don’t suffer fools gladly.’’
It took some time for Harry to put his finger on what he would do with his life. He went to five different universities before finally getting a degree.
“I waffled around for a long time,’’ he said.
Theatre grabbed his attention early on with his most memorable role being Tom Wingfield in a production of The Glass Menagerie at the Prince of Wales College.
He would later go to school at Ottawa Carleton where he performed on stage with Canadian actor and comedian Dan Aykroyd. While Aykroyd went on to enjoy great success on television and the big screen, Holman turned to the past to make his mark.
After earning a law degree, the closest he came to legal work was working with the federal government where he administered departmental responsibilities under federal access and privacy legislation.
He convinced his wife, Brenda Brady, to leave her job as chief librarian at the U.S. Embassy in Ottawa to return to their native P.E.I. so he could take on the role as provincial archivist and director of libraries with the Government of P.E.I., a job he held from 1989 to 1999 before moving up to the position as director of culture, heritage and libraries for the next 13 years.
“The whole heritage business is a complication,’’ noted Hennessey.
“It’s built so much on emotion and love and everybody thinks that everything they have is very precious. Harry has to come down with the hard hand some time and say ‘yes, it’s good, but it’s not that precious. There’s 2,500 spinning wheels out there.’’’
Retirement next month certainly will not see Holman sitting idle. He plans to continue doing a considerable amount of writing, including commissioned work and maintaining web sites on sailing.
Boats will gleefully consume a good deal of Holman’s time as well. He has a great passion for sailing his 20-foot boat. He also builds small boats having already constructed seven dinghies and dory boats to date.
Holman likes to dive into murder mysteries and books about “every day things,’’ like a book he read a while back called “The Pencil: A History of Design and Circumstance.’’
He acknowledged that the book is not run-of-the-mill. Then again, neither is Holman.

Here are a few tidbits about Harry Holman:
• Married to Brenda Brady. The couple has a daughter, Constance, who is studying cognitive sciences at McGill University.
• He has five brothers, including Guardian columnist Alan Holman, as well as James, John, David and Philip. He also has four stepsisters and a late stepbrother.
• He has written extensively, but certainly not exclusively, for The Island Magazine with articles including The Belfast Riot and The Island’s First Brewery.
• His professional memberships and associations include the National Advisory Board of the Osgood Society for Canadian Legal History, board member of the Confederation Centre of the Arts, member of the Heritage Canada Foundation and associate member of the Commonwealth Association of Legislative Counsel. 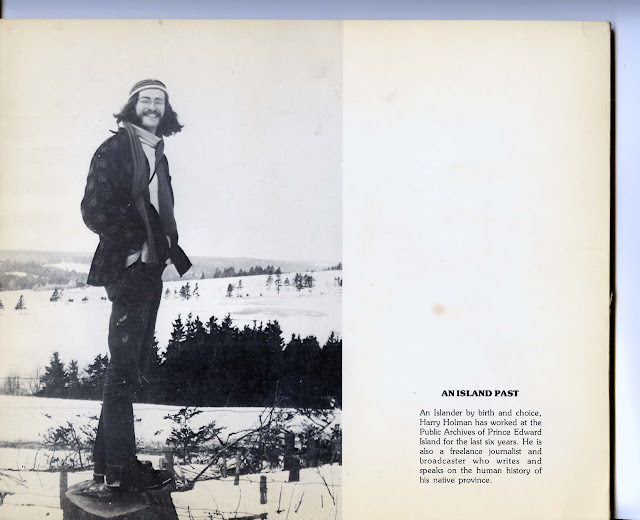