As most of you know, well-known Canadian musician Stompin' Tom Connors died last week in Ontario at the age of 77.   Stompin' Tom was born in Saint John, New Brunswick.  When he was a boy he came to live with the Aylward family in Skinner's Pond, West Prince County, Prince Edward Island - a community filled with Acadian and Irish culture.
In the early 1970's Stompin' Tom bought the old Skinner's Pond School (No. 19) and opened it as a museum about the school and his life's story.  Over the years it fell in to disrepair - a local group offered to take over the operations of it and with some help from government kept it going until a dispute between Tom and a neighbour saw it closed for good.
Skinner's Pond School.  The school was opened between 1859 and 1860.  At the time it was an Acadian school.  First teacher listed (1780): Alice Hughes.  Information cf. Some Historical and Biographical Notes of the Community (Parish) of Palmer Road.  Compiled by Members of the Community School. 1973. St. Louis, P.E.I. Page 18.  Also from this book, pages 29-30. Stompin' Tom Connors.  Tom Connors was not born on the Island, but he is the adopted son of Mr. and Mrs. Russell Aylward of Skinner's Pond.  Tom has once been named as the top folk and country singer of the year in Canada.  During the summer of 1972, in a brief ceremony in Charlottetown, Premier Alex Campbell named him the Province's Good Will Ambassador as a token of recognition of the efforts Tom has made both on a national and an international level in the promoting of his adopted province.  Tom has purchased the old school at Skinner's Pond and plans to turn it into a sort of historical showcase.  He has had the school completely renovated, and has had erected on the school grounds a small monument with a plaque which was placed during the official opening in June 1973.
In the 1990's CBC P.E.I. did two stories on Stompin' Tom's visit to the Island - his tour to Summerside, a tour of the schoolhouse and UPEI presenting him with an honorary degree  - http://www.cbc.ca/news/canada/prince-edward-island/story/2013/03/07/pei-stompin-tom-connors-memories-584.html 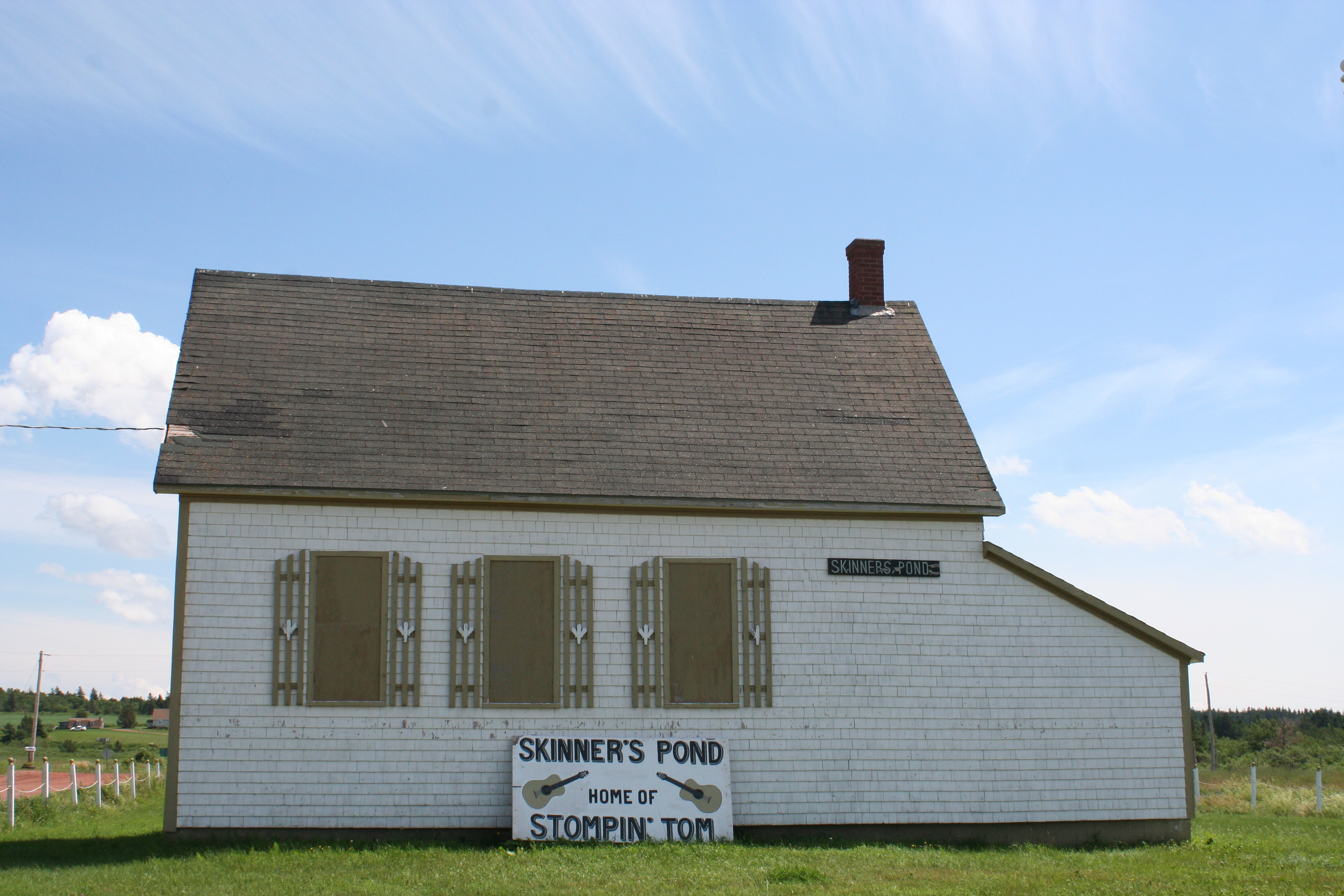