The view across Bagnall's Pond from my backyard - the old Patterson Homestead, the oldest house in Hunter River.  Here's a photo I took this morning.
Many local people know this house as the home of Dr. David Richardson who operated his dental office from the house between 1989-1992.
See previous post on this blog  - 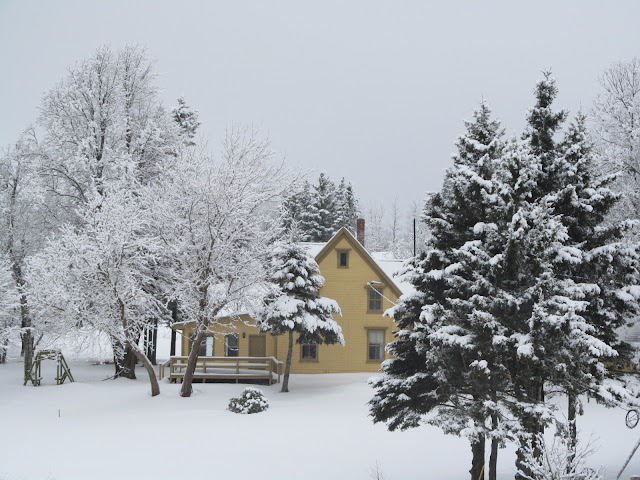 I researched this house in 2007 for an application to Historic Places - the following explains its history.
The Pattersons were amoung the earliest settlers to .  They built and operated a grist and saw mill which were essential to the early settlement of this community and the surrounding area.  In the 1919 J. Wellington (Will) Patterson, grandson of the first Patterson installed and operated an electrical generation plant.  The Patterson house is credited as being the oldest house in the village;[1] it sits majestically on the mill pond.  To reach the house you cross the mill damn and pass by the mill. 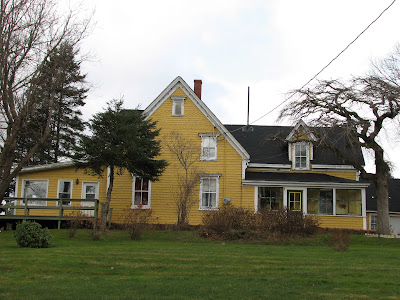 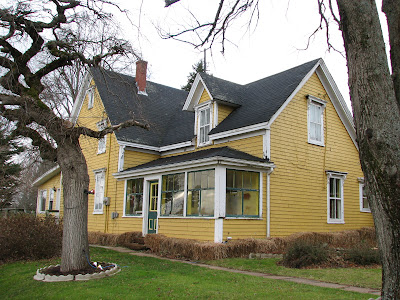 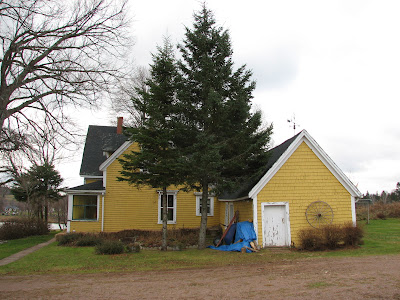 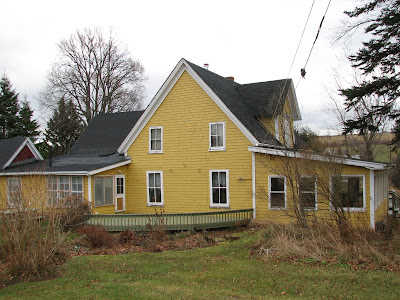 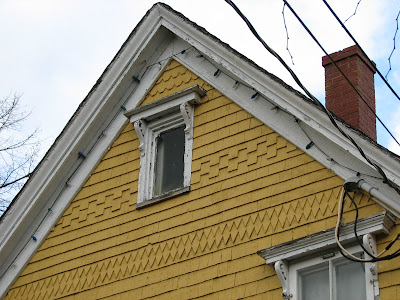 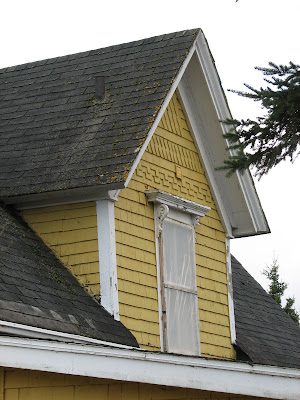 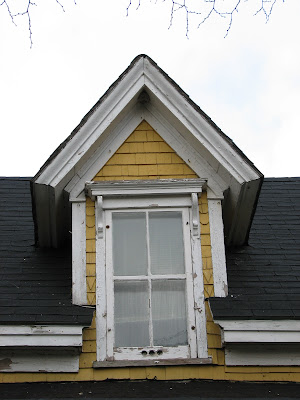 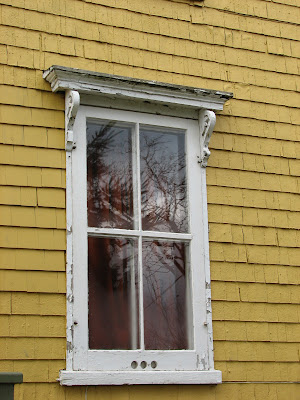 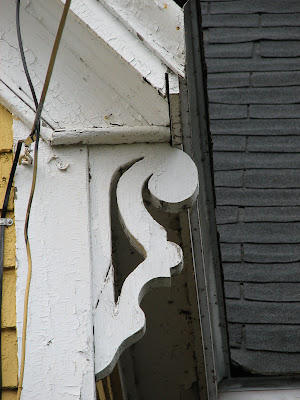 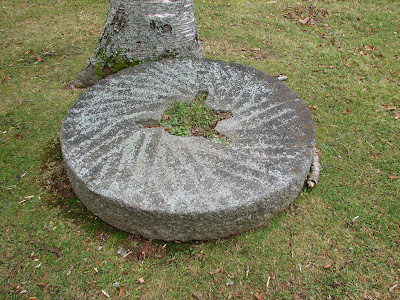 Below: Old Photo of Patterson House.
Below: Century Farm 1964 sign can still be seen through the porch window. 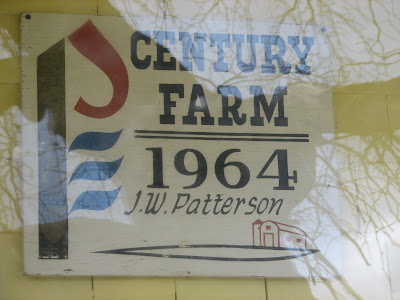